CDKN's coverage of climate finance at the UNFCCC meetings continues, with reporting from the Long Term Finance event on 7 June.

Defining the scope of climate finance and unlocking the ‘enablers’ for finance at scale were hot topics at the UNFCCC’s part II of the in-session workshop on Long Term Finance, on Monday 7 June 2021.

The workshop was part of the UNFCCC sessional meetings that are running from end May to mid June 2021.

The COP-mandated event discussed the effectiveness and impact of long-term climate finance. It looked at:

The workshop was attended by over 190 country delegates and representatives of major negotiating blocs in the UNFCCC. The event was co-facilitated by Zaheer Fakir of South Africa and Georg Børsting of Norway.

The context was the ongoing debate on whether rich nations are meeting or have met their commitment to mobilise and deliver US$100 billion of climate finance to poorer countries per year. UNFCCC Executive Secretary Patricia Espinosa opened the session by expressing frustration “….that the $100 billion hasn’t been met yet,” a target that was due to be met in 2020 based on a commitment developed countries made 11 years ago in Copenhagen.

At the 7 June event, countries were unanimous in their calls to increase adaptation finance. However, some delegates said it was too limiting to discuss climate finance purely in terms of adaptation and mitigation. 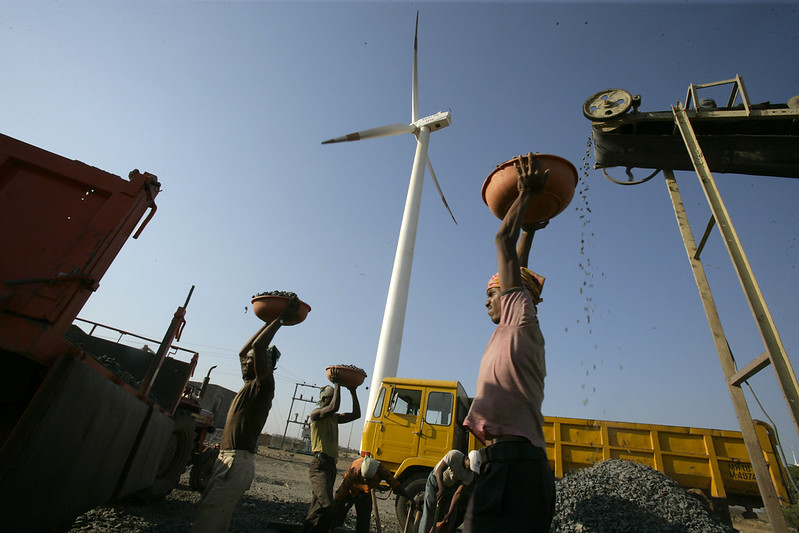 The questions of how to define and measure climate finance are still contested. The UNFCCC’s Standing Committee on Finance has had a working definition for some time – Outi Honkatukia of the EU pointed out. However, Alpha Kaloga of Guinea and Fred Onduri Machulu of Uganda disagreed. “The $100 billion language was ambiguous,” Mr Machulu asserted. “It’s hard to know if the money is there or has been used, we have so many baskets of funding.”

“A lack of common definition and accounting methodology for climate finance poses additional challenges to tracking progress on the achievement of goal and climate finance flows,” added Matheus Bastos, on behalf of Argentina, Brazil and Uruguay.

Developing countries say they are more than ready

Several developing country spokespeople urged donors to disburse financing more quickly, and to make procedures less onerous. The narrative is currently framed around whether developing countries are ready to receive climate finance – whether they have investment-ready plans in place.

Evans Njewa pointed out that many Least Developed Countries are ready to receive finance and have made exceptional efforts to integrate climate considerations in development policies, including in his home country of Malawi. “Climate is already mainstreamed,” Mr Njewa said. “We have already prepared the NDCs, the NAPAs, the NAPs” (referring to the Nationally Determined Contributions, National Adaptation Programmes of Action from the last decade and the more recent National Adaptation Plans). LDC countries need predictable climate finance now without new planning requirements first.

Even when these efforts have been made to identify needs and priorities, it is still difficult to mobilise funding, added Apar Paudyal of Nepal. Despite spending considerable effort in defining Nepal’s NAPA and publishing it in 2010, large parts of it depend on external support, yet remain unfunded, he said.

“We can see that some countries, especially developing ones, are doing [their] homework in terms of mainstreaming, but this effort won’t do if developed countries do not engage in concrete and ambitious public policies to mobilise and provide new and additional climate finance,” said Matheus Bastos.

Time for a new narrative?

Perhaps it is simply time to change the narrative away from ‘developing country readiness,’ said Janine Felson of Belize. She proposed a re-framing of climate finance needs, to get funds flowing quickly to where they are urgently needed.

“We have to change the questions, we have to change the approach,” Felson said. We should ask, “What are some of the high-quality assets that we, as a global community, have?” These include oceans, that we can’t live without because they are humanity’s ‘life support system’.

“How to get investment into [such] natural assets that are instrumental in human sustainability and get beyond [the limited notion of] countries identifying needs and so-called bankable projects?”

“Let’s have a conversation about how the financial system is defining quality investments for developing countries,” she advocated.

Funding timelines are out of sync with climate emergency

With climate change impacts felt increasingly, year on year, and average global warming now perilously close to 1.5oC  – developing countries are frustrated at the complexity and length of time needed to access funding.

Aileen Niyaz recounted the Government of Maldives’ experience of trying to access international public funds to adapt to damaging sea level rise and coastal erosion. “We have been trying to develop a $500 million GCF [Green Climate Fund] pipeline,” she said, “but have so far only managed to get one project accepted.”

A concept note submitted in 2017 was sent back to the drawing board, as the Maldives had insufficient evidence that their coastal problems were due to climate change. Demonstrating this climate rationale is far from easy, in data-poor contexts.

“We didn’t have the evidence – we have poor science here,” she explained. This led to a years-long process of seeking alternative funding for the installation of new scientific instruments and data-gathering about sea level rise and coastal erosion. Finally, this year, the proposal will be resubmitted for funding.

Facing pandemic and climate impacts at once, developing countries call for grant aid

Developing countries’ financial straits are compounded by the types of finance on offer. As we have documented from part I of the 2020 LTF workshop,  the majority of climate finance offered is in the form of loans.

Many small island developing states and Least Developed Countries are already heavily indebted – and Covid 19-related economic shocks have made the problem worse.

These countries are at the forefront of the climate crisis and are suffering significant climate-related loss and damage. As such, they are seeking grants to rebuild more resiliently following climate-related damage, and to fund low-carbon economic transitions.

Grants for climate action would avoid deeper indebtedness – therefore reducing the burden for future generations, in climate and economic terms.

Trust and transparency are key enablers

Greater cooperation between providers and recipients is a prerequisite for improving finance flows, said delegates.

If countries want to increase the scope, scale and speed of climate finance disbursement “it comes down to trust, ambition and transparency,” said Abhishek Acharya of India.

In support of open, multilateral dialogue, there was a strong call, at the workshop, for a continuation of the long-term finance discussions under the UNFCCC.

The focus on long-term finance absolutely must not end in Glasgow, but needs to continue, urged Mohamed Nasr.

Indeed, there is every case for the long-term finance work programme under the UNFCCC to be extended: such a programme would bolster the Global Stocktake of action under the Paris Agreement (timetabled for 2021-2023) and the work towards a new global climate finance goal by 2025, said Matheus Bastos.  A collective call was heard from the LDC Group of Negotiators, Africa Group and other developing countries for ‘no sunsetting’ of this vital programme of work.

A recording and workshop summary will be published on the UNFCCC’s website.

by Mairi Dupar, with additional reporting by Lisa McNamara and Emma Baker, CDKN