Project insights on communicating about climate change in Latin America

Project insights on communicating about climate change in Latin America

It is not easy to communicate the effects of climate change to different audiences. This is further complicated by social, cultural, political and economic challenges. María José Pacha and Gabriela Villamarín of CDKN share lessons learned from five climate change communication projects supported by CDKN in Latin America.

Seeking to explore communication with different audiences on climate change, the Climate Knowledge Hub for Latin America (Clik Hub) ran a course in May and June 2020, entitled Effective Communication on Climate Change. The course ran with 700 participants and generated over 100 interesting project proposals for communicating on climate change in Latin America. Five of these project proposals were selected by CDKN and FFLA for seed funding. The projects were implemented in Argentina, Chile, Colombia, Ecuador and Peru between March and August 2020. Last month, the implementation teams were invited to share their reflections on their experience and lessons learned. The following is a summary of the projects' group reflections.

One project mobilised young people from Bajo de Belen in Iquitos (Peru) to get involved in climate action in their community. After several workshops, they put together a proposal called The Belen Greenbelt and its Plant Remedies. Rallying together under the motto Your Green Neighbourhood, for a Conscious Generation, 21 young people worked with families to promote the creation of green places in homes. They delivered herbal and medicinal plants that went onto people’s balconies in the neighbourhood and more than 30 families were given flood resistant trees to plant. Another part of the project was a short video created to summarise the project’s activities.

Project coordinator Maritza Mayo and her team initially believed that it would be sufficient to use digital communications to generate community involvement. However, as the team realised, flexibility is essential when designing communication strategies to be successful. It soon became evident that the digital campaign needed to be supplemented by face-to-face communication (visits to the neighbourhood), particularly in places where internet access is limited. This was challenging, considering the current pandemic.  However, the outreach was made possible by local leaders who went house-to-house to reach out to young people and enable their participation in the project. 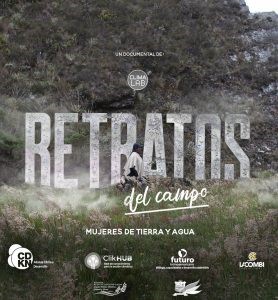 The Climalab team from Colombia tackled climate communication challenges in their proposal for seed funding from CDKN/FFLA. They proposed running an audio-visual communication campaign aimed at raising awareness on climate change, gender and rural realities. The team created a documentary and a trailer which were released on 19 November 2020 at a conference on gender, climate change and rural realities in Colombia.

The documentary follows the story of rural farmers, three women and one man, tracing their experience of climate change in their environment. It reveals the story of how these people are finding ways to adapt to climate change through women-led, community-based initiatives.

One of the lessons learned through this project is that ‘communication campaigns are extremely important during a pandemic - as social interaction changes, it is social networks and online communication streams that remain the only access to knowledge about the world’, says project coordinator, Maria Alejandra Tellez. The documentary, and therefore the social network campaign, reached more than 6,000 people.

This campaign raised awareness of the implications of the cultural practice of burning fires in rural areas during the dry season in Ecuador and its impacts in the context of climate change. The campaign centred around a short documentary addressing the topic, which also makes recommendations on how to control a fire so that it does not destroy natural vegetation.

The project team set out to tackle the issue of fire mismanagement, however, as they dug deeper, they discovered other important problems associated with the issue – such as gender and generational inequalities, poor socio-economic conditions and destruction of natural resources.

The documentary reached a wide audience and raised interest from other institutions. The project team reported that their take-away message from the experience was that digital communication streams are becoming increasingly predominant in rural areas, where traditionally the radio was the main medium for communication. Their whole campaign was based on Whatsapp. 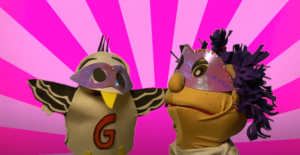 The team created a three-part T.V. series for children called Breathable, in which Nube and Gaviota (Cloud and Seagull) visit the sacrifice zone and talk with the children and adults who live there. The series was advertised on YouTube and Instagram TV through the trailer which has received over 10 million views to date. The series was screened at a webinar via Facebook and YouTube with over 100 live participants and has since reached a further 3,386 viewers to date.

“The journalistic material created during this project is a first in the country and the creators struck the balance between catering for its audience in an entertaining way without minimising the gravity of the content. We believe that it was successful in positioning children and teenagers as active agents on climate policy and we would like the series, Breathable, to reach far beyond the project scope,” says Francisco.

The project team learned and reaffirmed the fact that children should not be underestimated in their capacity to grapple with conceptually complex and emotionally heavy topics. However, it must be done with guidance from child specialists and should communicate proactive messages that offer hope. To date, the series has motivated interest from three international companies (Infobae, El País and Agencia EFE) to produce their own content about the situation in Quintero and Puchuncaví.

A well-known challenge is how to communicate scientific research so that it feeds into public policy- making. Natalia Pessacg and her team implemented a project called One River - Many Waters, which proposed a strategy for effectively communicating the impacts of climate change on the water quantity and quality in the Lower valley of the Chubut River. The project aimed to raise awareness of the need to incorporate climate action in regional water policies – using a cross-cutting gender perspective in doing so.

The project had a two-pronged approach. First, the team hosted two webinars attended by over 40 people which brought together employees working in water management and researchers from the Rio Chubut Basin Technical Working Group Committee. Second, they wrote a policy report - summarising relevant research findings) -and designed infographics with the aim of providing clear and simple access to information on the importance of incorporating gender perspectives into water management of the basin, and on the anticipated effects of climate change on water quality and quantity in the basin.

Through this experience, the project team learned that in order to engage others on the issue of climate change, the strategy of having a wisely-appointed messenger was essential for contacting and reaching key decision-makers. The team used this strategy to access the relevant decision-makers so that they would attend the webinar and later be able to disseminate the communication materials. Another notable lesson was the effectiveness of communicating the topics of climate change, water and gender through personal experiences as opposed to simply via dissemination of academic results.

These experiences taught us that despite the pandemic, it is possible to implement projects and achieve excellent results. What’s more, it does not take major funding to find innovative ways of communicating climate change impacts and promote resilience and adaptation to different audiences.