A communications campaign to stamp out irresponsible fires in Ecuador, by the Arcoiris Ecological Foundation, was supported by a seed fund from CDKN and FFLA.

The Arcoiris Ecological Foundation ran a campaign in February 2021 called Responsible Fire Zones which aimed to inform land managers in Ecuador about the safe use of agriculture fires -- in order to prevent forest fires. The campaign also aimed to create awareness of the relation between forest fires and climate change and the impacts these have on vulnerable groups of people, such as rural women.

The project Responsible Fire Zones, currently in implementation by the Arcoiris Foundation in Ecuador is one of 100 interesting proposals that were developed by participants attending the course: Effective Communication on Climate Change. The course was run by Climate Knowledge Hub for Latin America (Clik Hub) between May and June 2020. Five projects were selected for implementation with support from CDKN and the Latin American Foundation for the Future (FFLA) through seeding funding. The projects are currently in progress in Argentina, Chile, Colombia, Ecuador and Peru.

Responsible Fire Zones is an environmental campaign aimed at raising awareness of the issues related to forest fires – showing the social, economic and environmental implications in the context of climate change.

Why this issue? In September 2019 there were numerous forest fires in Cantón Quilanga (Loja Province, Ecuador). More than 7,000 hectares of forest, pastures and crops were lost as a result. The problem is not unique to Loja, it is occurring globally. The phenomenon comes from extreme temperatures and strong winds that spread the fires through San Antonio de Las Aradas and Fundochamba.

The September fires caused devastating loss of indigenous forest, crops, livestock, wildlife and contributed to soil erosion resulting in economic losses to the most vulnerable groups of people such as women who live off the land.

One product of the campaign is this video (Spanish), which takes a holistic look at the traditional practice by rural farmers of burning before planting. While the irresponsible use of fire is the only visible element, when digging deeper we see the complexities of this practice in terms of gender inequality. For instance, the video explains that women are more affected by uncontrolled fires than men, because they have the greater workloads in the fields.

The campaign also offers recommendations for responsible use of fire that, if applied, would have positive effects on local economies, the environment, society and climate change. It suggests weather conditions (temperature, humidity and wind speeds) at which it is safer to set a land-clearing fire, to prevent runaway burning. The campaign also educates viewers on the use of fire breaks. However, it does caution that burning has negative effects on people’s cardio-pulmonary health, regardless.

Another product of project is a social network campaign (Spanish) to promote the recommendations on how to manage controlled agricultural fires and prevent forest fires.

The end slide of the campaign video is shown here: 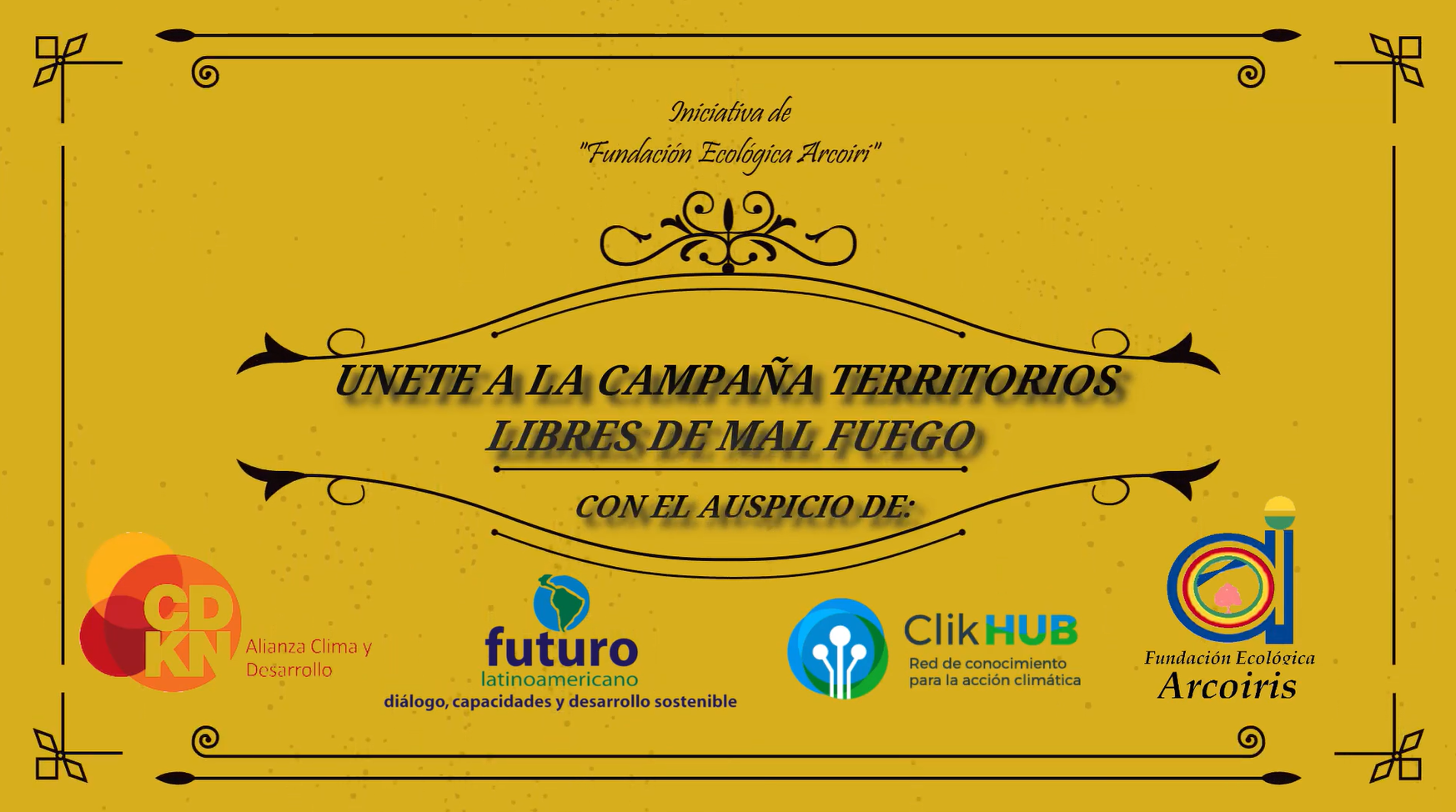