What will it take for pastoral systems to adapt to climate change?

What will it take for pastoral systems to adapt to climate change?

Joseph Muhwanga and Mohammed Said consider the impacts of climate change on African drylands to date and in the future – and explore the potential for communities in these areas to keep prospering. This is one of a series of blogs on ‘Accelerating adaptation action in Africa’ published by CDKN to frame the Africa anchoring event of the Climate Adaptation Summit, January 2021.

In African, 43% of the land surface is drylands, and they are home to more than half of the population; 75% of African drylands are used for agriculture[1]. Drylands are considered a key climate change hotspot, and will further be impacted by climate change. In these drylands, millions of people who solely depend on natural resources for their livelihoods will be at a high risk and would need to adapt to the changes.

Article 7 of the Paris Agreement captures the “global goal on adaptation of enhancing adaptive capacity, strengthening resilience and reducing vulnerability to climate change”. To implement the Paris Agreement, as well as achieve the 2030 Agenda for Sustainable Development; ‘no one will be left behind’, it is critical that all state and non- state actors collaboratively promote sustainable development and ensure adequate adaptation response in the drylands.

The African Union developed the Livestock Development Strategy for Africa (LiDeSA; 2015-2035) in recognition of the role drylands play in social-economic development, specifically food and nutritional security. “The African livestock sector contributes 30-50% of the agricultural GDP, and has the potential to deliver both the agricultural-led growth and the socio-economic transformation envisioned in the June 2014 AU Malabo Declaration” (see The Livestock Development Strategy for Africa (LiDeSA) 2015-2035).

In Kenya, the agricultural sector is a key driver for social-economic development, equitable growth and poverty reduction. It contributes 33% of annual GDP, with an additional 27% contribution through linkages with other sectors such as manufacturing, distribution and services. The sector employs more than 40% of the total population, 70% of the rural population and accounts for more than 60% of exports (Agricultural Sector Transformation and Growth Strategy 2019-2029).

Eighty percent of Kenya’s land area is considered arid and semi-arid and is home to 35% of the population (17 million people). The main economic activity in these areas is livestock rearing.  Kenya has the second largest livestock herd in Africa which contributes 15% of agricultural GDP. Over 60% of beef cattle population is found in the arid and semi-arid lands. Despite this enormous potential, 60% of the population found in these areas live below the poverty line, 1.3 million households remains chronically food insecure and highly vulnerable to climate change impacts such as drought (ibid).

What does the future hold for arid and semi-arid lands in a changing climate?

The impact of climate change on livestock in Kenya has been enormous. In the years 2008-2011, drought caused an estimated US$ 640 million (Ksh 64 bn) worth of losses, of which, US$ 560 million was attributed to livestock deaths.

In the PRISE report, 14 arid and semi-arid counties registered population growth rates higher than the national average, part driven by migration. The huge population increase without corresponding investments will exacerbate the impact of climate change. With the demand for livestock and livestock products growing exponentially, comes an opportunity for sustainable investments in livestock sub-sector and thus in arid and semi-arid areas. 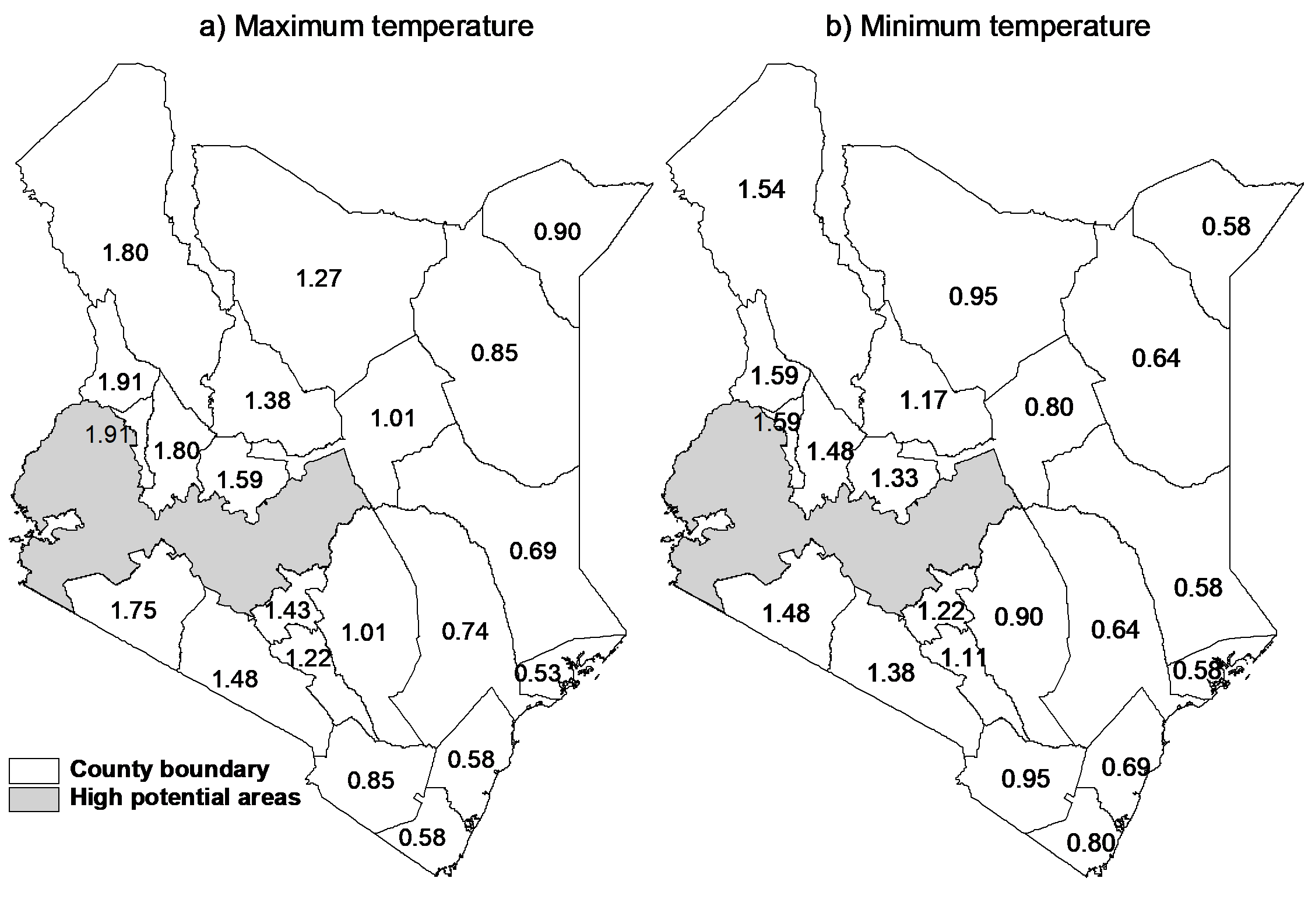 What actions for adaptation and transformation?

In order to ensure ASAL livelihoods are more resilience to climate change and contribute more to national development, investment should be implemented through a nexus approach, providing a platform and environment for a landscape and ecosystems approach. For instance; climate change, water, food security and nutrition nexus.

Joseph Muhwanga is a Senior Climate Change Advisor with the SNV-led CRAFT project. Mohammed Said is a Climate Scientist and Associate with the Institute for Climate Change and Adaptation, University of Nairobi.