The power of radio to find and deliver adaptation solutions

The power of radio to find and deliver adaptation solutions

Elizabeth Gogoi and Kumar Chandan from Lead India reflect on the learning from a CDKN project which showed the potential of community radio to involve communities in the policy-making process.

In Azadpura village in Bundelkhand region, one of the poorest and most drought-prone in India, collecting water is a time consuming and strenuous task for women. When the wheel in the village well broke the situation became even more difficult. So the village women organised themselves and went on Radio Bundelkhand to highlight the problem. Within four days, the concerned authority of the village replaced the wheel.

Development Alternatives (DA) has collected many such stories of how local people have used Radio Bundelkhand, a community radio station they established, to voice grievances and opinions to the local policy-makers. With CDKN support they have explored how this mode of communication can be put to use for climate compatible development in the region. 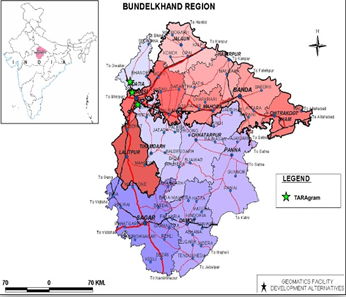 More than one third of the households in the Bundelkhand region are categorised in India as BPL – ‘Below the Poverty Line’. Food security is a real challenge given the scarcity of water and poor soil quality in this semi-arid region. In summer temperatures reach up to 48 ⁰C while minimum temperatures in winter fall to 2⁰C. This harsh climate is also affected by extreme weather events such as droughts and flooding.

The aim of the recently completed Shubh Kal project was to strengthen community knowledge and voice on climate change impacts and adaptation by increasing their input into local research and policy dialogues and enabling communities to share their experiences of adapting to climate change. It piloted and studied the use of community radio to encourage livelihood and lifestyle practices that are resilient to the impacts of climate change and have a lower carbon footprint. It trained community radio reporters on the basics of climate change science, how to connect this to the local experiences and some tips for presenting their stories in an engaging way. Four local radio stations were involved and they produced five programmes on climate change which for most was the first time they had ever discussed the subject. The team has also carried out research and contributed to academic journals which have used community radio as a way to connect those suffering from the impacts of climate change to those designing the solutions. 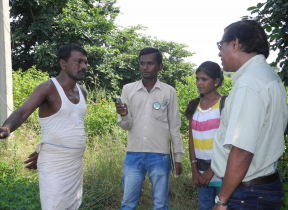 At a recent workshop DA presented the results of the project to a group of national and local policy-makers, researchers and civil society. This provided an opportunity to reflect on the potential of community radio, and how practitioners can build such media partnerships into the design and delivery of projects. Our own reflections include the following:

Address the real priorities of the community – community radio allows a community to raise those issues which they care about, rather than those which an external agent considers important. For example, as part of the project a survey of 104 farming households in 4 districts in the region was conducted to find out about perceptions on climate change. While very few understood the concept they did identify what changes they had noticed and which were affecting them. For example, nearly 70% said that they now don’t get enough water which is reducing the productivity of their land. However, a significant number also cited poor quality of seeds and lack of education as an important factor affecting livelihoods.

Therefore, as we design strategies for addressing the impact of climate change we need to consider those impacts which have the greatest importance for the local community, but also not ignore the non-climate related factors which will raise their resilience and coping capacity.

Speak the language of the community - Community radio will remind us of the language which will be understood by the communities as well as the local policy-makers.  Moving away from scientific and technical jargon is essential. One of the Delhi-based journalists involved in the project also admitted how difficult he found it to train and communicate with the local journalists about climate change in Hindi despite being fluent in the language. Most of the ‘experts’ would have a similar difficulty which shows how far removed the ‘community’ of climate change experts in the big cities is from the reality on the ground.

As Dr. Ferzina Banaji from BBC Media Action said in the workshop: “Climate change needs a new language and Science is not going to help us do that. Community radio can be instrumental.” 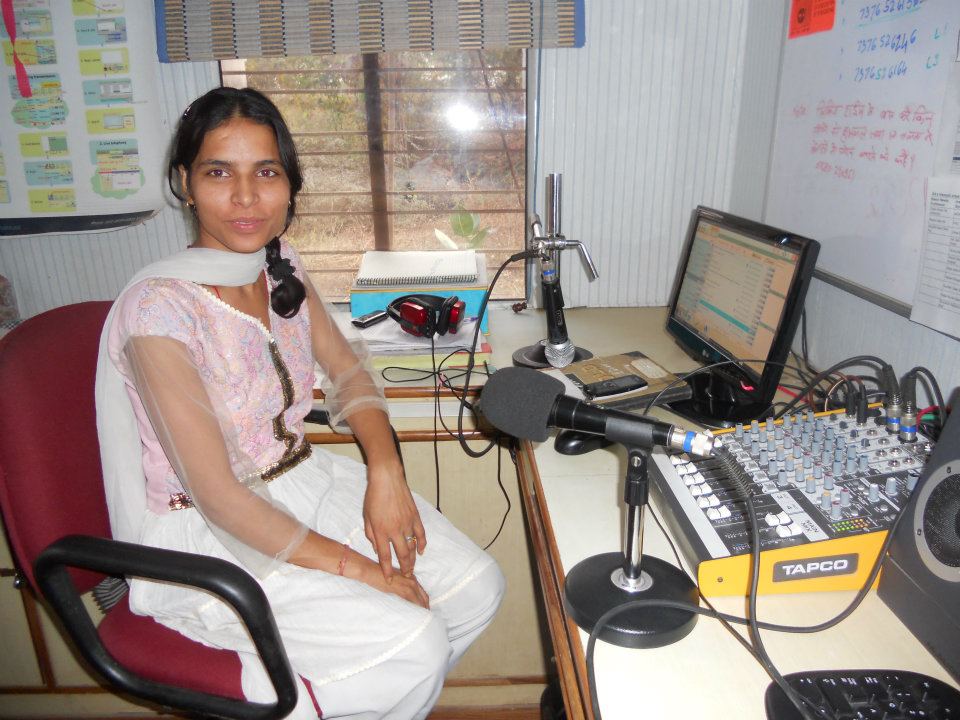 However, it should not be seen as a one-way track for the ‘experts’ to ‘educate’ communities.  Rather a unique platform for all actors to have an equal voice to share ideas and learn from each other.

There are challenges with working with community radio, such as the limitations of the spread and the rules of operating. For example, one station can broadcast to only a small geographic area making it not a very cost-effective way to reach a lot of people. The bureaucratic hurdles for setting up a station also make it not a very attractive option. However, as initiatives such as these continue to put the spot light on the potential of community radio for development there will be a greater incentive to reform the rules.

Lead India will explore how we can include partnerships with community radio in our work in Orissa with tribal communities to strengthen their livelihoods and adaptive capacity. We will also share what we have learnt from this project with our network of fellows in Government and civil society.