In Rafiq Nagar, a low-income neighbourhood in Mumbai, India, COVID-19 is an addition to the existing public health issues that are already faced by its residents. Shamimbanu Salim Sheikh shares her neighbourhood’s predicament. This is the fifth story in the series of ‘Voices from the Frontline’ by ICCCAD and CDKN.

“If you ever come here, you will find people walking around without any fear,” said Shamimbanu Salim Sheikh about the impact of COVID-19 on her community. That’s because they tolerate so many public health dangers already.

Rafiq Nagar is situated near a dumping ground and is home to almost 40,000 households. Sadly, no formal initiatives have been taken by the central government or the Brihanmumbai Municipal Corporation (BMC) to incorporate safety measures and build awareness amongst the community members of Rafiq Nagar against the deadly spread of COVID-19. (A Municipal Corporation is a local government in India that administers urban areas with more than one million people).

“Nobody outside the community, whether it’s the police, doctors or BMC officers, dares to come inside this area. They are scared that they will get infected and diagnosed with various diseases if they enter this slum,” Shamimbanu said. Due to the nearby location of a dumping ground, garbage is discarded and its contents are burned, resulting in a widespread, pungent smell. However, many people suffer from lung-related diseases in the area because of the type of refuse that is unloaded, as well. Shamimbanu continues, “It's not only garbage that gets burned. There is a company nearby that throws bio-medical waste and other unknown stuff in this dumping ground.”

In most cases, the residents of Rafiq Nagar learned about the spread of COVID-19 through infomercials on television and awareness messages set as caller tunes. When these residents were asked to improve both household and personal hygiene, and maintain social distancing, they retorted back saying that such measures are for the rich and not the poor. “In this area, most of the households have at least seven to eight members living together. How can you ask them to not sit together or keep distance between one another? They will laugh at you and show you their houses to understand their disdain,” shared Shamimbanu.

Despite issues of wider governance, Shamimbanu is quite appreciative of the work done by the Member of the Legislative Assembly (MLA) representing Rafiq Nagar. The MLA has taken the responsibility of ensuring basic services, including water supply and proper drainage facilities, in addition to building a small hospital for residents, providing them with access to medicine and contacts for emergency services. 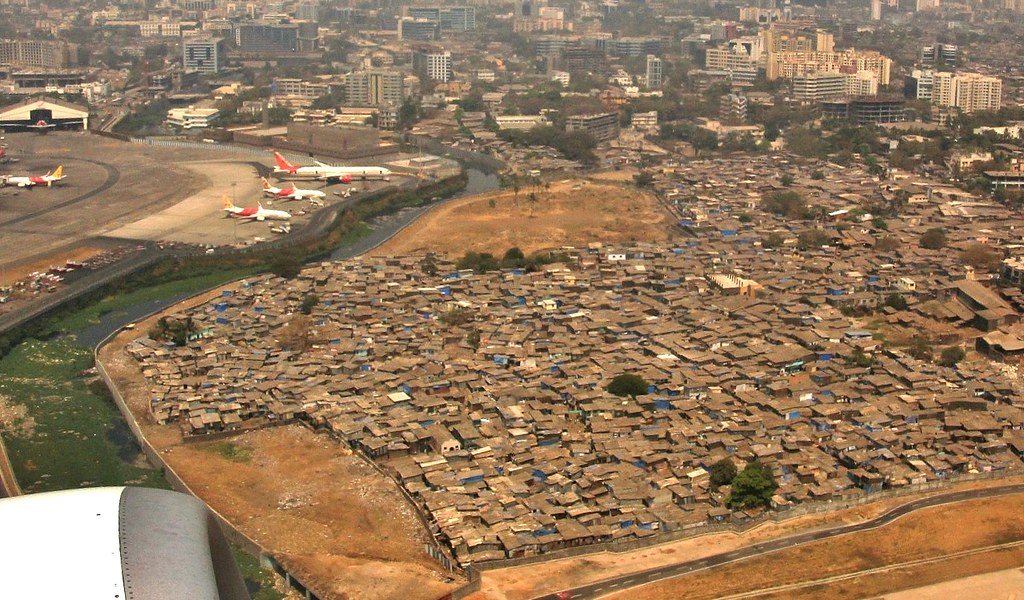 Furthermore, recently the MLA has arranged for a medical camp in the Rafiq Nagar area to check for COVID-19 cases. The testing, however, was limited to checking body temperatures of a selected number of people. While no positive cases were found, Shamimbanu worries that such a small sample size may not be sufficiently representative of the entire locality, especially since most people are quite unaware of the severity of the crisis.

As for the ration cards made available, both its distribution and efficacy is questionable, since only a few residents have access to the cards to avail food supplies. Moreover, those who are privy to the cards, the only available items they can obtain in ration shops are rice and wheat. “What are we going to do with all the rice if there is no dal (lentils), or masala (spices), or oil? How are we going to cook the food?” Shamimbanu asks. In addition, many households do not have gas cylinders, and acquiring them from the black market can cost up to Rs 1000 (US$13), making it more difficult to cook food.

To get through these difficult times and support the community, Shamimbanu and a group of women have undertaken an initiative to circulate cooked food packages within the area. With financial support from the MLA, the group of ladies have made arrangements to get together on a daily basis and cook food for the community members.

As part of their daily routine, Shamimbanu and her team cook at least 4,000 kg of rice with dal and chole bhature (spicy chickpeas and fried bread). Twice a week, to change the routine, they either cook chicken biryani or mutton pulao. “Whoever needs food, they come here and take a packet” she shares. The ladies also pack the cooked food and send it to different areas in a minivan. The food packages are shared across Rafiq Nagar, as well as the surrounding areas of Gautam Nagar, Shivaji Nagar, Sathe Nagar, and Indian Oil. Shamimbanu is grateful for the support, “It is good that our MLA provides us with all the grains to cook food in our area. At least poor people can access two meals from us.”

The pandemic has inevitably resulted in livelihoods and income opportunities becoming scarce. Life in such communities have become more precarious since the COVID-19 outbreak. A majority of the migrant workers living in Rafiq Nagar have left and moved back to their native villages. “The reason they left is not food, but because they have no work. They were scared that whatever savings they had would finish if they continued living here without work,” said Shamimbanu.

The residents in Rafiq Nagar form a diverse community, with most being daily wage workers engaged in waste picking, selling fish and vegetables, carpentry, construction work and the such. In the current circumstances, many have lost their jobs, and are unsure whether they will get the same job again.

This story reinforces once again that it is usually the poorest communities who face the major brunt of any crisis. At the end of the day, the worries of such communities go beyond the spread of the virus. They remain occupied with devising ways for survival, to secure their livelihoods and bring food to the table for their families. The COVID-19 crisis may not discriminate in terms of contagion, but rest assured the crisis has affected some more than others, based on their socioeconomic status. Those urban poor who live day to day are in an even more precarious situation, caused by an inability to work, which goes far beyond the prevailing health impacts of COVID-19.

Shamimbanu Salim Sheikh is a resident of Rafik Nagar slum, Mumbai, India. She is the Taluka (township) Vice President of Samajwadi party. Her family consists of her husband, two sons and two daughters, one of whom is married. Shamimbanu’s husband and sons own a transport business.

This story has been provided by SDI and the interview was carried out on May 27. Slum Dwellers International (SDI) is the largest global social movement of the urban poor. The network brings together over a million slum dwellers in more than 30 countries throughout Africa, Asia and Latin America. The building blocks of the network are slum dweller federations comprising thousands of saving schemes networked at the settlement, city and national level to collectively drive a bottom-up change agenda for inclusive cities. Federations use tools and strategies such as daily savings, peer-to-peer exchange, community profiling, enumeration, and mapping (now known as “Know Your City”) to organise a critical mass of organised urban poor capable of transforming slums into resilient neighbourhoods and making cities more inclusive.

Read more of the ‘Stories from the frontline of COVID-19’ with ICCCAD and CDKN: