Putting INDCs into action - perspectives from South and North

Putting INDCs into action - perspectives from South and North

Kiran Sura, CDKN’s Head of Negotiations Support, reports on a COP21 event where the governments of Kenya, Bangladesh, Lebanon and Germany presented insights on how they prepared their INDCs and intend to implement them. Additional reporting by Mairi Dupar, CDKN.

Image, right: geothermal well, Kenya (courtesy Geo Thermal, flickr) - Kenya has embraced geothermal energy as a means of adapting to climate change and its impacts on hydropower, as well as a means of pursuing low-carbon development.

What needs to be done when negotiators and practitioners leave Paris to implement their (Intended) Nationally Determined Contributions (INDCs)? This was the focus of yesterday’s side event hosted by Chris Dodwell of Ricardo Energy & Environment. Delegates heard from a panel consisting of representatives from Kenya, Bangladesh, Lebanon, Germany, UNDP and CDKN. It was clear from listening to country representatives that each country has developed its INDC based on its specific national circumstances, from some of the most climate vulnerable countries such as Bangladesh, to those at the forefront of transitioning to a low carbon economy such as Germany. This has resulted in a rich collection of pledges on mitigation and adaptation, and requests for international support.

Stephen King’uyu highlighted that Kenya was one of the first of the African countries to submit its pledge. It has anchored its INDC around the  National Climate Change Action Plan 2013-2017, National Adaptation Plan and its development priorities. Going forward, Kenya will seek to mobilise the government, the private sector and a range of stakeholders from all sectors to convert pledges in to concrete action on the ground. This will require effective coordination. A newly established committee, chaired by the President, will set about developing a plan for mainstreaming climate change across ministries and sectors. Key to this will be Kenya's Climate Change Bill gaining assent and being converted in to an Act – which the Government hopes will be in 2015.

Dr. Kamal Uddin Ahmed noted  that Bangladesh is at serious threat from sea level rise and losing vital ecosystem services provided by its mangroves as a result of climate change. Like Kenya, Bangladesh has built its INDC on existing climate change strategies and development priorities, and has undertaken a comprehensive assessment of its need. It intends to review and update its pledge on a regular basis. Bangladesh has estimated that it will need international support in the region of $27 million to deliver its conditional pledge of reducing emissions by 15% below business as usual by 2030. After Paris, Bangladesh will undertake a more detailed financial assessment as an initial first step.

According to Vahakn Kabakian, Lebanon has drawn on the lessons that it has learned from developing National Communications, biennial update reports (BURs) and other reporting mandated under the UNFCCC to develop its INDC. Its submission focuses on monitoring reporting and verification, in part because of the data challenges and constraints it faced. To address this problem, the government of Lebanon is seeking to encourage greater generation and sharing of information across Ministries. It has already established a memorandum of understanding between its environment and industry ministries, which systematically collects and stores relevant data from each department in a shared database. This arrangement has enabled these ministries to gain a better understanding of the emissions profile for different sectors, the potential for mitigation action and to plan investment, and is now being rolled out to the Ministry of Finance.

The Lebanese government is scoping how to collect greenhouse emissions reductions data through novel means such as in relation to VAT submissions and other channels of tax revenue collection. Using these established channels is a way to capture private sector data. Mr Kabakian said the Lebanese Central Bank was already gathering data about renewable energy related loans and relevant emissions reductions that it was passing to the government.

Reflecting on previous presentations, Alexander Fisher from Germany noted that countries are now starting to speak the same language and that some of the less developed countries are pushing the limits on the art of possible actions, with and without external support. Germany has identified some 100 measures for delivering on its pledge and is now moving in to the execution phase. However this is not as easy as it may seem, as opposition still exists, especially from Germany’s large and influential industrial sector. To this end, the Government is now reaching out to the public across all its municipalities to mobilise support and generate momentum from the bottom up.

Ricardo Energy & Environment outlined their key pillars for implementing INDCs (see below), namely establishing political governance and effective institutions, integrating INDCs within long-term mitigation strategy and into adaptation planning, developing a climate finance framework and monitoring, reporting and verification processes (MRV). This was supported by CDKN’s Chief Executive Sam Bickersteth, who drew attention to the fact that countries have a big challenge ahead of them in trying to convert these pledges into concrete actions. The global process will play an important part in creating an enabling environment for implementation through climate finance, and ensuring ambition is delivered and raised through MRV and a ratcheting-up mechanism.  (Here, ‘ratchet up’ mechanism refers to the idea that pledges cannot subsequently be watered down, but countries must progressively increase their ambitions over time.)

To truly deliver the transformation required at all levels. Government officials will have to have some difficult conversations to manage the short-term trade-offs and prioritise activities inherent in climate compatible development. Transparent and inclusive stakeholder engagement will be key. Yamil Bonduki of UNDP shared similar observations, and noted the power imbalance that exists across ministries and how ministries for the environment often lack the levers to effect change. This is one of several areas UNDP intends to assess after Paris, in addition to ways to exploit the synergies between INDC implementation and the Sustainable Development Goals, the development of greenhouse gas inventory systems to support MRV efforts, securing climate finance, the role of the private sector and turning visionary INDCs into implementable pledges.

All three developing countries that presented noted that:

It was evident from the discussions that countries have clearly done their homework and are already thinking about what they will do when they return to their national capitals after the Paris Summit. INDCs are political statements of intent, and it will be vital for the Paris agreement to capture and lock in this political will. There are indeed, some low-hanging fruit which countries can capture now to reduce emissions but the higher hanging-fruit will require more concerted effort, trade-offs and all players to work together. The numbers, individually and collectively are on the table, and it is clear that current pledges do not put the world on a path to limiting warming to 2 degrees C. As the Alexander Fisher commented, this is a complex problem we are facing and there is much to be gained – economies of scale, learning, best-practice – from working together to solve it. An apt sentiment as we pass the quarter mark of COP21. 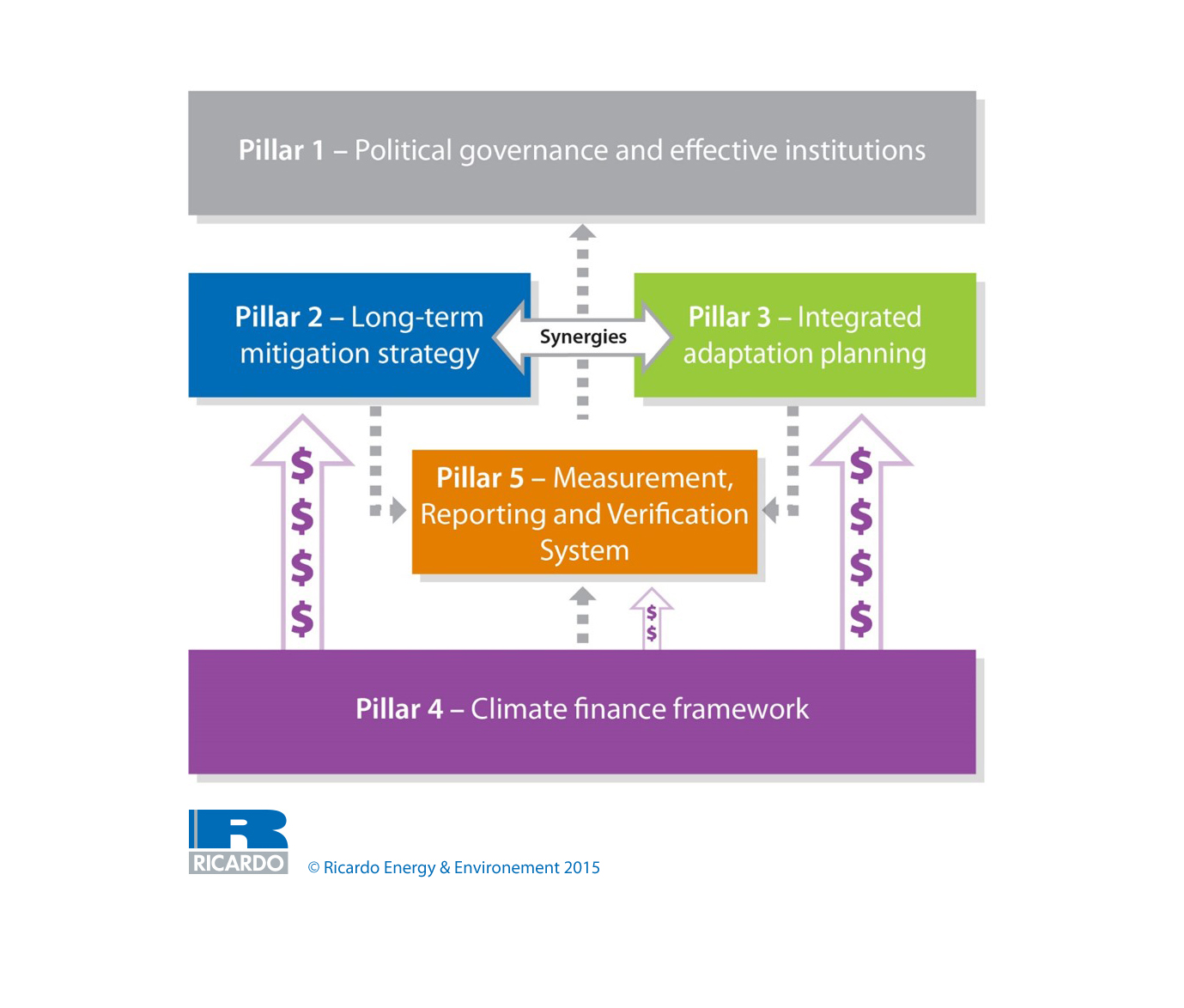