40% of the world is projected to live in vulnerable housing by 2030. Dr Elizabeth Hausler and Monica Schroeder from Build Change show how financing improvements to existing housing stock is one way to provide climate-resilient housing at the scale required. This is the second story in the Windows on Resilience series produced by CDKN and the Resilience Knowledge Coalition for the COP26 Resilience Hub – a physical and virtual space at COP26 dedicated to sharing best practice and building collaboration, momentum and new opportunities on adaptation and resilience. This story series shares practical and inspiring resilience solutions from communities and countries around the globe. Register for the Resilience Hub here.

Housing is the ultimate protection for families against climate change. It provides safety in the face of a disaster, access to basic needs such as water, sanitation and power, and offers opportunities for growth as places to learn, study and work. Yet 93% of adults don’t have access to formal housing finance and housing needs continue to grow, with 40% of the world projected to live in vulnerable housing by 2030. This means that over 90,000 new units would need to be built per day, a rate that is impossible to maintain.

The answer lies in our existing housing stock – houses that, if structurally strengthened – would be able to withstand disasters and keep families safe. Current financing mechanisms rarely account for home improvements to make structural upgrades or improve habitability. In a country like Colombia, 98% of housing subsidies fund the acquisition of a new house or apartment. A few countries have begun to explore how to finance structural improvements using a mix of public and private funds, but one size does not fit all. Homeowner needs are often different, meaning that finance must also adapt, leveraging multiple stakeholders and blended finance mechanisms to reach those who need it most. Build Change works with governments, banks and homeowners to develop and implement new approaches to housing finance. Below are two examples of how countries can support their citizens towards a more resilient future.

Based on research conducted by Build Change, an estimated 50% of Filipinos are in need of housing improvements. In the Philippines, homeowners have two options for financing resilient housing –purchasing a home via a mortgage, or undertaking repairs on their home via a non-mortgage loan. While there are a wide range of mortgage providers in the Philippines, Build Change sought to find the market for the non-mortgage loans, ultimately settling on microfinance institutions as the most feasible providers. Microfinance institutions emerged as a key opportunity for collaboration to connect homeowners to financing mechanisms that would foster resilience. They have a reach of 11 million clients in the Philippines and are already a trusted community financier, but haven’t traditionally funded resilient housing in the Philippines.

Historically, these financiers have had limited internal capacity for housing product development and limited fund sources. Build Change worked with microfinance institutions to develop a product that required no collateral and could provide small amounts of loans to clients needing to make small repairs.

We also collaborated to integrate an incremental approach to these home improvement loans, meaning that clients could pay back and seek new loans as they undertook new phases of their home improvements. Build Change also partnered with homeowners to provide technical assistance throughout the process to ensure safety and resilience. Homeowners reinforced the structural aspects of their home to withstand earthquakes, using durable materials and installing mechanisms that improved their houses’ climate resilience, such as ring beams to tie the house together, fastening the roof to the house through screws and hooks, and improving the resilience of their windows and doors to withstand pressure. 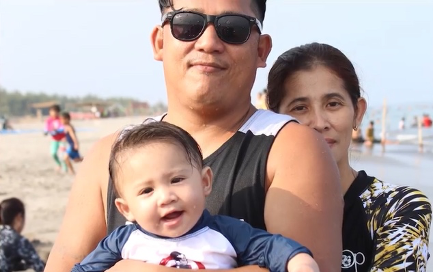 “I am happy because my house is stronger now and I have no fear. Before when it rained, I got scared.” - Risa Imus, Philippines

Starting with a pilot project in 2019 with 19 households and $USD 190k in assets, we proved that home improvement programmes could be executed successfully through combining a homeowner-driven approach to safe and resilient construction with financial services with terms that benefit homeowners, and that this could be done inexpensively, sustainably, and at scale. The scaling up potential was demonstrated by a new financial product determining repayment periods for various home improvements. The product standardised what was previously an informal process, allowing the microfinance institutions to replicate this approach with additional clients.

Following the 2010 earthquake in Haiti, it was critical to rebuild housing as quickly and as safely as possible to withstand not only future earthquakes, but also to improve resilience against hurricanes in the disaster-prone region. A major challenge was the proportion of the population that was unbanked or underbanked, requiring additional steps in ensuring that homeowners could receive subsidies and use funds. Homeowner-driven projects have enabled the introduction of banking to sections of the population that were previously unfamiliar with, or did not trust, such methods of managing their money. Build Change partnered with Sogebank, one of Haiti’s major commercial banks, which opened accounts with preferential terms for homeowners and builders to provide easier access to the formal banking sector. Several years after the programme began, surveys showed that homeowners and builders continued to use banks, with 66% still using the account initially opened to receive their subsidies. Build Change provided homeowners with guidance and tools on how to adequately manage a budget, in the context of the construction subsidies, which allowed them to save money, and to use their bank accounts. Not only did this programme introduce homeowners to the formal financial market to access needed financing for their homes, it also opened up their possibility to access credit for businesses as well as secure assets in non-cash forms to protect wealth in the face of another disaster. As of the end of 2017, Build Change enabled more than 3,600 households to rebuild or strengthen their homes, corresponding to $USD 6.7 million in subsidies paid in a six-year period. 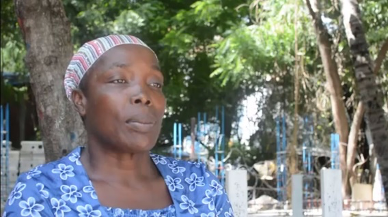 [Build Change] strengthened the cracked walls, replaced the columns that didn’t have a solid base, they built walls, the roof … all those things that I could not do myself.” - Guerda Chery, Haiti

Shelter, housing, repair, reconstruction and the replacement of household goods represent an average of 50% recovery costs in disasters over the last 30 years. We must reduce the cost of housing loss and reconstruction and find ways to connect homeowners with the resources they need to strengthen their homes, before the next disaster hits.

Join us at COP26 Financial resilience is one component of a climate-resilient world. Join us during COP26 at the Resilience Hub on Cities, Regions, and Built Environment Day to learn more about how Build Change and partners are advancing climate-resilient solutions to overcome the barriers of policy, finance and technology towards a more resilient future.

Build Change will be leading a discussion on city- and regional-level action on climate resilient housing on November 11 at 15:15 (BST) at the Resilience Hub. We will also be leading an interactive game entitled “Make Your House Climate Resilient” at the Climate Action Hub on November 8 at 17:00 (GMT).

About Build Change: Build Change mobilises people, money, and technology to transform systems for regulating, financing, building, and improving houses around the world. Since 2004, Build Change has safeguarded more than $USD 1.5B in housing infrastructure assets across Latin America, the Caribbean, and Asia Pacific, improving the lives of nearly 600,000 people and building new or retrofitting more than 90,000 buildings.