Ethiopia has emerged as one of Africa’s champions in responding to the implications of climate change. This is demonstrated by the strong commitment shown by the country’s political leadership on the issues. Much of this commitment has been driven by the impacts of climatic events in Ethiopia, mainly the drought episodes that have hit the country since the early 1970s. These experiences have contributed to the widespread understanding that climate change can have severe consequences, and has the potential to hold back economic progress and reverse the gains made in Ethiopia’s development.

Although climate change poses significant threats, the international response – especially capacity-building and climate finance initiatives – offers considerable opportunities for poor countries like Ethiopia to leapfrog to adopting green technologies. Recognising this, Ethiopia has actively pursued sustainability objectives as part of its overarching national development plans, namely the first and second Growth and Transformation Plans, which cover the periods 2010–2015 and 2016–2020 respectively.

Ethiopia, along with Kenya, Mozambique and Rwanda, participated in a study called ‘Lesson learning from national climate compatible development planning’, which was supported by CDKN. The study’s objective was to capture and share best practices emerging from national-level climate change planning.

Ethiopia’s experience shows that when there is commitment at the highest level, it is possible to move towards a low-carbon and climate-resilient development path. Between 2008 and 2012, 14.5% of Ethiopia’s national budget was used for interventions relevant to climate adaptation and mitigation. This national investment in climate compatible development demonstrates the Government of Ethiopia’s ownership of the agenda, and creates the right investment environment for additional support from bilateral and multilateral partners. 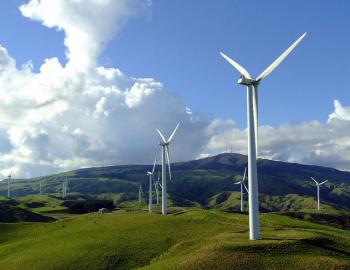