Jenny Clover, Senior Manager at ICLEI (Local Governments for Sustainable Development), reflects on the importance of Ecosystem-based Adaptation (EbA) for local governments and learning at a recent workshop with African city planners to develop an overarching framework for approaching EbA.

The rapid rate and mode of expansion of Africa’s urban areas is contributing to an increasingly vulnerable urban poor, while the intense concentration of population, assets and functions place urban areas at risk from calamitous climate-related events. Local government is the sphere of governance which must respond to citizens when they are flooded, lack basic services, and require urgent disaster risk responses. It is at the local level that the majority of costs of adaptation will be borne. Addressing the effects of climate change at this level is therefore critical to saving lives and livelihoods as well as maintaining social and economic well-being. There is an acknowledged need to raise local governments’ understanding of the importance of natural resources to the functioning of urban areas and bring an awareness of climate change adaptation. The role of EbA is increasingly recognised as an important part of urban adaptation and disaster risk reduction, especially in Africa. However, whilst listed in the Durban Adaptation Charter as one of ten actions for local and sub-national governments, EbA is not yet well defined or well embedded in thinking. EbA is the use of biodiversity and ecosystem services as part of an overall strategy to help people adapt to the adverse effects of climate change. ICLEI Africa’s work with our 76 local government members has highlighted the need for direction around adaptation. The complexity of incorporating decision-making around ecosystems, typically not within the jurisdiction of the local authority, is a daunting challenge for local authorities. Local governments need indicators that can inform decision making. They need “process-based” indicators that measure planned adaptation to climate change, and “outcome-based” indicators that measure the delivery of adaptation measures or the state of adaptation achieved. 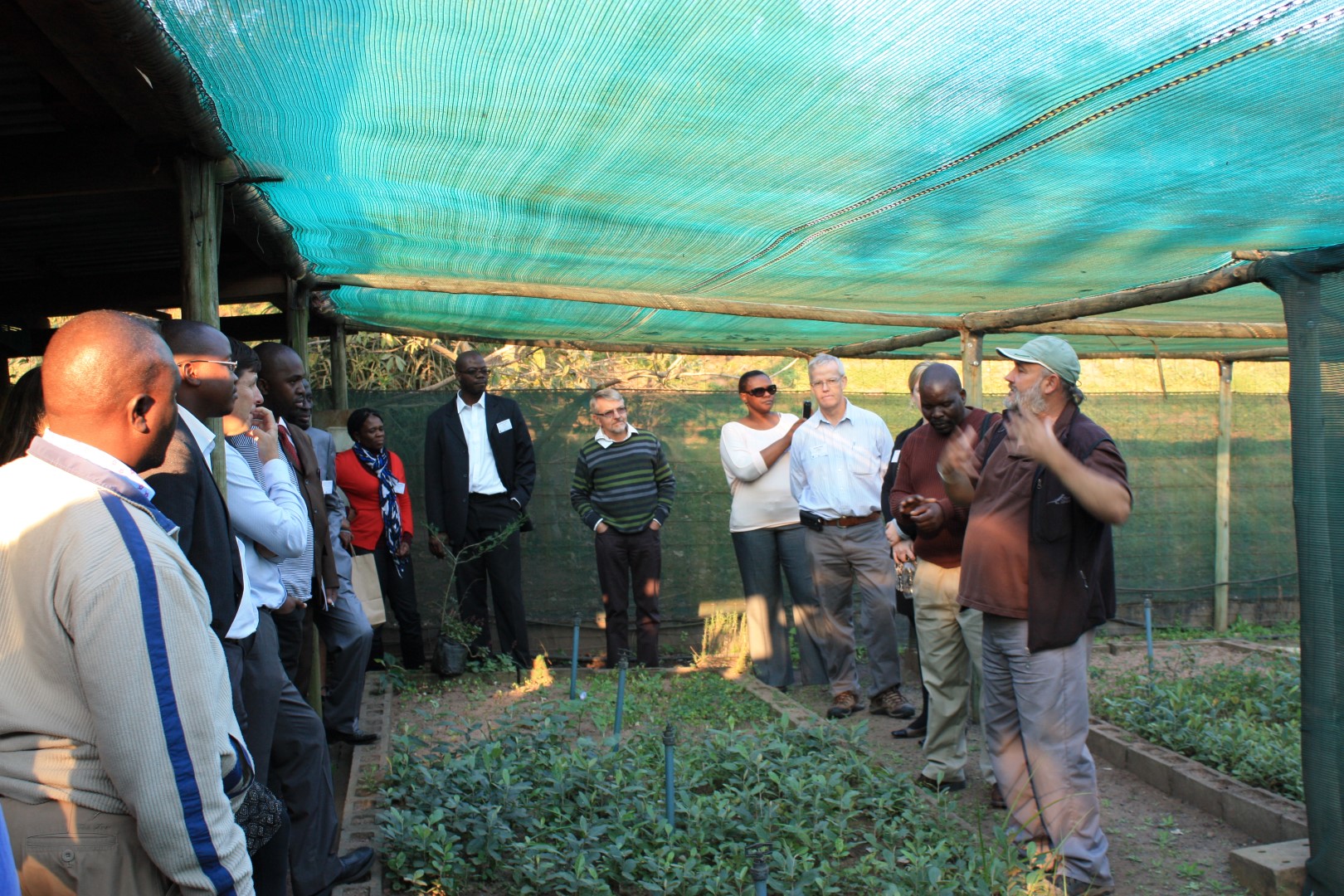 Recognising that these challenges require investigation and innovative thinking, ICLEI was awarded funding by the CDKN Innovation Fund to create a focused institutional learning process. Developing a framework for delivering EbA applicable to the African urban context was the ambitious aim of the four-month project. The process involved engagement with practitioners and policy makers from five southern African cities that culminated in a three-day workshop. In partnership with eThekwini Municipality, ICLEI hosted the workshop that brought together 32 urban practitioners and policy makers from eThekwini and Tshwane (South Africa); Mutare (Zimbabwe); Dar es Salaam (Tanzania) and Gaborone (Botswana) and leading thinkers to draft a “framework” for decision-making criteria around EbA and ecosystems management for disaster risk reduction. Preceding the workshop, research, interviews and field visits to the five cities fed into a comprehensive Background Paper that provided a review of international best practice, case study reports, and examined various challenges and opportunities. Discussions at the workshop explored the vast potential benefits that might be gained from using the multiple functions performed by large, often interconnected, ecosystems such as soils, wetlands, catchments and coral reefs. EbAs generate multiple co-benefits compared to grey infrastructure solutions. It goes beyond response to a specific crisis or risk, to maximise synergies between multiple environmental, economic and social goals and policy objectives such as livelihood improvement, job creation and greater food security.  The workshop was both a learning process for many stakeholders and a back-casting process to determine what would constitute effective EbA, and how one would monitor its effectiveness. Says Lodie Venter, Town Planner for the City of Tswane: “I found the workshop very useful and have taken the framework back to share with the office, using it regularly in day-to-day decisions.” Overarching principles of an evaluative framework were developed to support a range of questions that shape EbA initiatives and measure their success. It consists of a broad set of principles as well as criteria that are focused on assessing relevance and effectiveness of EbA interventions. It was concluded that a set of contextually derived indicators developed at the local level, rather than generic technical indicators, are needed to shape EbA in a wide variety of settings. The value of this innovative process was that it developed the building blocks of a framework for decision-making around EbAs. Some of the criteria are aimed at practical adaptation actions whilst others are aimed at building institutional capacity.

What we learnt and how this helps local governments

The community of practice

If your city is interested in undertaking an assessment to “guide decision making on ecosystem based approaches in local adaptation strategies and projects”, refer to both the Background Paper and the building blocks for the the framework developed by ICLEI and its partners.  The Community of Practice for adaptation hosted on the Durban Adaptation Charter website offers a portal for information sharing. It includes a blog page with monthly blogs that provide thematic discussion points. There are also LinkedIn and Twitter feeds. Future engagements with cities around EbA will serve to test and improve the framework. Development partners, researchers and other parties interested in running an assessment process, or in collaborating and mobilising resources for local governments in this field of work, can visit the ICLEI Africa homepage or email us at iclei-africa@iclei.org

For more information on the CDKN-supported project, visit the project page.