Adapting out of – or into – poverty in India?

Adapting out of – or into – poverty in India?

Terry Cannon, Institute of Development Studies, UK, poses the question: "What do people do when they are already poor and climate change is likely to make things worse?"

In spite of rapid economic growth in recent years, India still has a very large number of poor people, reflected also in high levels of child malnutrition. Much of this is rural poverty, and distress migration from the countryside also feeds into urban poverty. This relates to long-standing power systems in land tenure and caste that limit access to resources for adequate livelihoods.

The benefits of growth are not being shared, and inequality is rising. Although there are large-scale support programmes like the Mahatma Ghandi National Rural Employment Guarantee Scheme (MGNREGS) - currently supporting as many as 50 million households - these really demonstrate that fundamental change is not taking place in the countryside. There is also a danger that poor recipients of the employment will be stuck in rural poverty and unable to transition out of that poverty trap.

Climate change as a poverty multiplier

What then happens with climate change added into the mix? Climate change is affecting rural people most of all because they are climate dependent: they are almost entirely reliant on farming activities that are directly affected by the weather. As the climate changes – with often negative effects on human systems through changes in rainfall, temperature, seasons and extreme events (including floods and cyclones) – the rural economy will suffer more. Adaptation to these changes is very difficult if you are already poor. Even changing the types of crops used, or altering the cropping system and planting times, is not likely to escape all effects of the changes. Adapting within agriculture is not a complete safeguard to overcome climate dependency.

As a result, adaptation within farming (for instance through community-based adaptation) could simply lock people into continued poverty. More will be forced into poverty as farming is hit by the climate changes, including many who may have been “lifted out of poverty” in recent years. India will have a rural economy that is worse than it already is – for poor people – and with rising poverty among those who cannot adapt within farming. This is because most poor rural people have little access to land, and rely on sharecropping or casual wage labour for their livelihoods. If these cropping and tenure systems do not change, then negative impacts of climate change will reduce output, wages and increase poverty. Unless there are alternatives to such livelihood systems, such as rural diversification beyond reliance on farming, then people will be stuck in a poverty trap.

It is time to look again at ideas for diversifying rural livelihoods away from high levels of dependence on farming. In the 1980s to the 2000s there was significant research on diversification of livelihoods out of agriculture – with the idea that people could stay in the countryside but not be dependent only on farming. Other countries have achieved this transition, including Taiwan, South Korea and parts of China and Indonesia. For them the change was deeper, and involved rapid urban growth and industrialisation. But it does not have to be such a large urban shift. The rural non-farm economy (RNFE) can growth without it leading to massive cities and loss of people from the countryside – for example as in Kerala and parts of Indonesia. 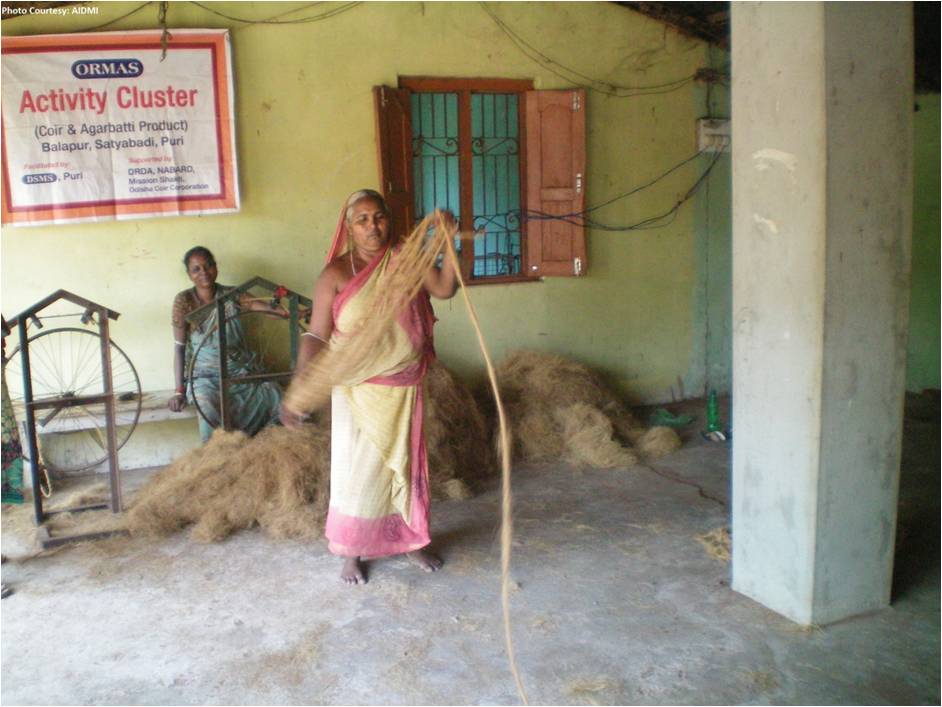 What is clear is that without some fundamental transformation, climate change will make things in rural India (and many other countries) much worse. Investments need to go into providing training for alternative (rural) livelihoods that are not immediately climate dependent, investment in the assets that are needed, and the creation of the necessary enabling environment (for example state investment into smaller towns that serve as local growth centres which can support the diversification process). And cash transfers may be needed to increase rural spending power on non-farm goods and services produced in the countryside.

If alternative livelihoods become possible, then the constraints of inequality in land tenure and caste may be reduced without having to challenge the power systems on which they are based. Despite its shortcomings, the MGNREGS shows that the government can make a significant investment in rural poverty reduction. What needs to happen now is to use national (and where relevant international) adaptation funding to create a new type of climate-smart and climate-resilient rural economy that enables hundreds of millions of people to escape the effects of climate change.

The world has seen very deep and significant transformations already – Japan, Taiwan, South Korea and China all changed fundamentally over a very short time. In none of these countries does food production require the numbers or proportion of people in the countryside that are currently locked into sharecropping or low wage rural labour in India. 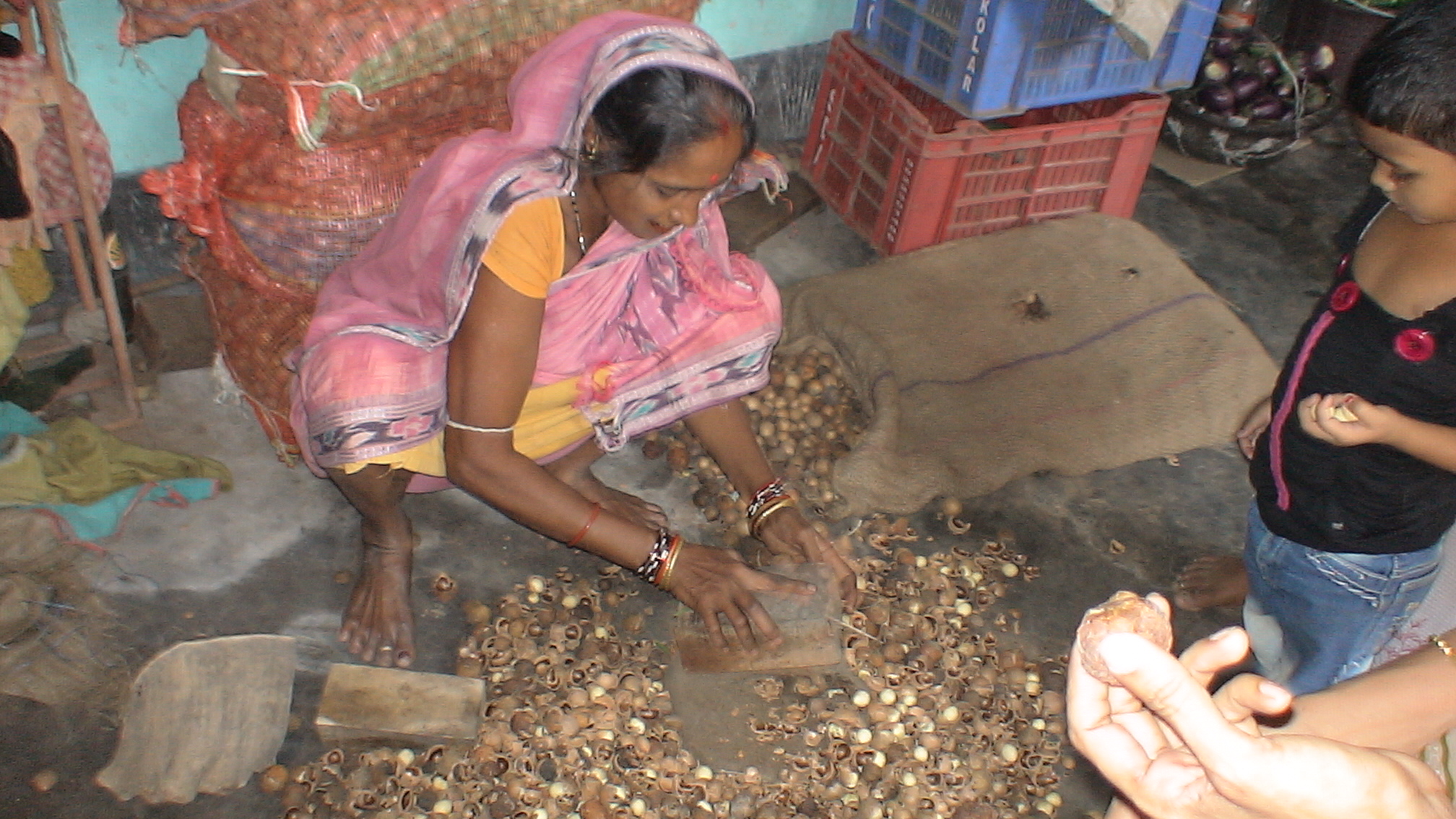 Climate change makes the need for a rapid rural transformation in India top priority. A research project supported by CDKN is looking at what can be learned from existing knowledge of the RNFE to help create the conditions for this change. It is also assessing the experiences (good and bad) in other countries that can inform the process. Clearly the necessary change is not happening (or is too slow) with the current model of economic growth. The existing power systems (such as land tenure and caste) that affect rural lives and livelihoods are not likely to change soon.

Something needs to happen that provides a shortcut to adaptation that does not wait for power systems to change because this will not be quick enough to be ready for climate change. Social protection measures such as rural employment guarantees will only keep people embedded in the systems that maintain the existing structures. Innovative ways are urgently needed to use social protection measures from central and adaptation funding to support non-farm livelihoods in the countryside, with rural growth centres as the focal point for new enterprises and services that give an enabling environment. Other countries have done similar things, so it is possible. But it is also essential, and urgent.

Acknowledgement: This article arises from a CDKN supported project in India “Getting climate smart for Disasters”, which is run by a consortium of Intercooperation in India, AIDMI (All India Disaster Mitigation Institute) and IDS (Institute of Development Studies) in the UK. Part of the project is examining the prospects for rural livelihood diversification as part of strategies for adaptation and increased disaster resilience. A paper on this topic will be available later in 2013. In addition this will be published soon: Terry Cannon, "Rural livelihood diversification and adaptation to climate change", Chapter in Community Based Adaptation to Climate Change: emerging lessons, 2013, edited by Jonathan Ensor, Rachel Berger and Saleemul Huq, Practical Action Publishing.