Encouraging agroforestry for REDD+ in Zambia

Encouraging agroforestry for REDD+ in Zambia

A common problem in climate and development is that the technologies or practices policy makers would like certain people to adopt don't benefit those who have to carry the costs of adoption. The public might be better off if a farmer uses organic fertiliser, but environmentally-friendly methods often require the farmer to invest time or labour, to incur all the expense but none of the benefits. When there are benefits to the farmer, they might be uncertain and far off in the future, making it difficult to justify the up-front costs. These issues might be magnified in developing countries, where resources are scarce, and risk of losing a crop to a bad season leaves little margin for extra investments with uncertain payoffs.

These two challenges of environmental-investment problems can be summarised as follows. First, the greater good we’re hoping to achieve may benefits society as a whole, rather than the adopter who is doing the investment (an “externalities” or “public goods” problem, in economists’ lingo). Second, if there is also a benefit to the individual who shoulders the cost, it can be less attractive when the benefit is uncertain and in the distant future. These kinds of questions plague environmentally-sensitive development projects.  For example, how would one encourage farmers to use less pesticide and more labour right now because the runoff will hurt the other people’s land as it accumulates over time? Why would households invest large amounts of time and money to weatherise their homes when the payback period is 10 or 12 years and the climate change benefits from lower energy use are shared with the rest of the world?

Precious little guidance exists for policy makers when it comes to combating these common obstacles to technologies and practices with benefits to the environment. To try to address this, together with the research organisation Innovations for Poverty Action, and implementing partners Shared Values Africa and Dunavant Cotton, Ltd., we tested one such case in Zambia with CDKN support.

The project focused on agroforestry (trees on farms), which falls under Reduced Emissions from Deforestation and Degradation Plus (REDD+), the UN’s main programme for including developing country land use in international efforts to mitigate climate change. Zambia is one of 12 pilot countries for REDD+, and a recent study in Zambia ranked agroforestry first among possible land use strategies for REDD+ (Kokwe 2012).

One agroforestry species native to Zambia, the Musangu tree (Faidherbia albida), is particularly promising. It both sequesters carbon as it grows and also provides farmers with a source of natural fertiliser for their fields. However, like so many environmentally useful technologies, there are short-term challenges to its adoption.  To get the fertiliser benefits, farmers have to buy seedlings, and then grow them into maturity, which takes an average of seven years.  This requires watering and care, even during the dry season when water may be scarce and farmers aren’t visiting their fields frequently. Watering, keeping pests and animals away, and mitigating poor weather year round mean continual effort required of the farmers, which translates to an uphill battle for policy makers.

We looked at two approaches to making the investment worthwhile to farmers at different points in the process – 1) subsidising the initial cost of the tree, and 2) rewarding them financially for tree survival. If the primary hurdle is the up-front cost of the tree, the former strategy should help. If the labour and care required for the tree is the barrier, then the latter should help. Policy makers could take either approach, but both also may have unintended consequences – the up-front subsidies make trees cheaper, and might lead to overly optimistic take-up. Farmers may buy more of the trees than they end up using, wasting both their money and the programme’s money.  Incentives later on down the line – for outcomes like tree survival – offer an alternative strategy but require costly monitoring and might not help poor farmers with the initial investment.

To help policy makers measure the risks, rewards, and costs of each approach, we used a Randomised Controlled Trial (RCT), the gold standard of scientific methods. We chose farmers at random, and offered them different incentives. For some we subsidised the cost of the tree, from a partial subsidy to a full subsidy. For other farmers, we tried rewarding the ultimate outcome we’re interested in, planting and keeping the trees alive. That set of farmers was given a cash payment if 70% of the trees were still alive after the first growing season, one year later. 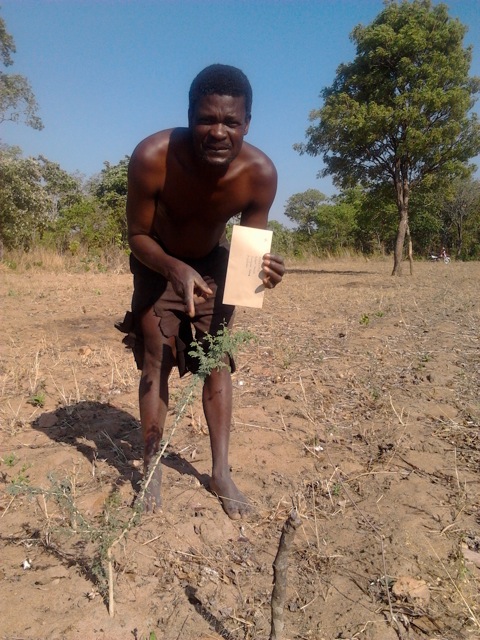 We found both could be effective strategies – around 80% of the farmers offered subsidies ended up getting trees, overcoming the initial cost barrier, but many did not end up planting the trees or keeping them alive through the first year. The second strategy – incentivising the end goal, would seem to make more sense, and it does. Paying for outcomes does lead to a greater number of trees alive in the end than the up-front subsidies, but monitoring carries its own additional costs, making it more expensive. Which is best in the end may come down to how expensive each is to carry out.

We also looked at several other factors. We found the incentive strategies were equally effective for farmers of both genders and had similar effects regardless of their economic standing. Thus, encouraging adoption through subsidies and incentives can increase take up and follow through without excluding the poorest or most vulnerable. In the absence of these forms of encouragement, farmers – understandably – prefer to invest their time and money elsewhere.

The good news for policy makers interested in overcoming behavioural barriers to adopting these environmentally-friendly practices, is that there are two viable methods that both can work. The question for policy makers to decide locally is which is more cost effective in their situation.  We are following up to measure tree survival after the incentives are paid. We hope that testing methods of changing behaviour will arm organisations and policy makers with the information they need to combat climate change while improving well-being for those who need it most.

Dr Kelsey Jack is an Assistant Professor of Economics at Tufts University. Her current research projects study the design of incentives for the private provision of public goods, and are applied to issues of environment and health in Malawi, Zambia and Bolivia.

For more information on the CDKN-supported research project in Zambia, click here.

We occasionally invite bloggers from around the world to provide their experiences and views. The views expressed here are those of the author, and not necessarily those of CDKN. Images courtesy of Innovations for Poverty Action.