Namibia: Parliament as a vehicle for climate action

Namibia: Parliament as a vehicle for climate action

We are a team from the Desert Research Foundation of Namibia (DRFN), the University of Namibia (UNAM) and Reos Partners who worked together on the Adaptation at Scale in semi-arid regions (ASSAR project). This was a 5-year research project (2014-2018), which focused on generating new knowledge of climate change hotspots to influence policy and practice and to change the way researchers and practitioners interact.

Our work was funded by the International Development Research Centre (IDRC) – and when IDRC released a call for proposals in 2018 to translate climate knowledge into action, our team was motivated to take part. Words and pictures by Bernadette Shilumbu-Shivute.

At that time, the Intergovernmental Panel on Climate Change (IPCC) had just released their Special Report on 1.5°C of Global Warming. With this knowledge and the burning desire to raise awareness of what 1.5°C of global warming means for Namibia, the project team developed a successful proposal. We had one central aim: to take our message to the highest level - and Parliament was it!

The impact on Namibia - of 1.5°C of average global warming

According to ASSAR's 1.5 degrees analysis for Namibia, local warming and drying will be greater than the global average. So, even a 1.5°C increase in global temperature will have severe local impacts, negatively affecting water supply, agriculture, health and other vulnerable sectors.

If global emissions exceed 1.5°C, even small increments in temperature increase will lead to distinct climatic conditions that will worsen existing vulnerabilities. Many communities in Namibia do not have the capacity to adapt to the impact of the projected 1.5 °C increase. Thus, there is an urgent need for Namibia to adopt extensive, transformative adaptation responses.

The 1.5°C threshold could be breached within the next decade, and the 2°C threshold the decade after. This will leave very little time to respond to any associated impacts, in the absence of targeted interventions for climate action. Urgent adaptation responses across all the spheres of governance are urgently required to enable coherent and strategic responses.

What is more, the IPCC’s report shows that early and decisive action to mitigate the impacts of climate change will not only reduce the risks of overshooting the Paris temperature target of 1.5°C of average global warming. It will also slow down the rates of change, making local adaptation easier to implement effectively.

The project team set itself a specific objective: to raise awareness and understanding for two standing committees of Parliament (committee of Management of Natural Resources and Economics and Public Accounts) of Namibia’s specific climate change projections, implications and international commitments. We proposed to design and convene a short course for Parliamentarians, to inform them what the 1.5 degrees of warming means for the country, and what actions are required to prevent any further warming. 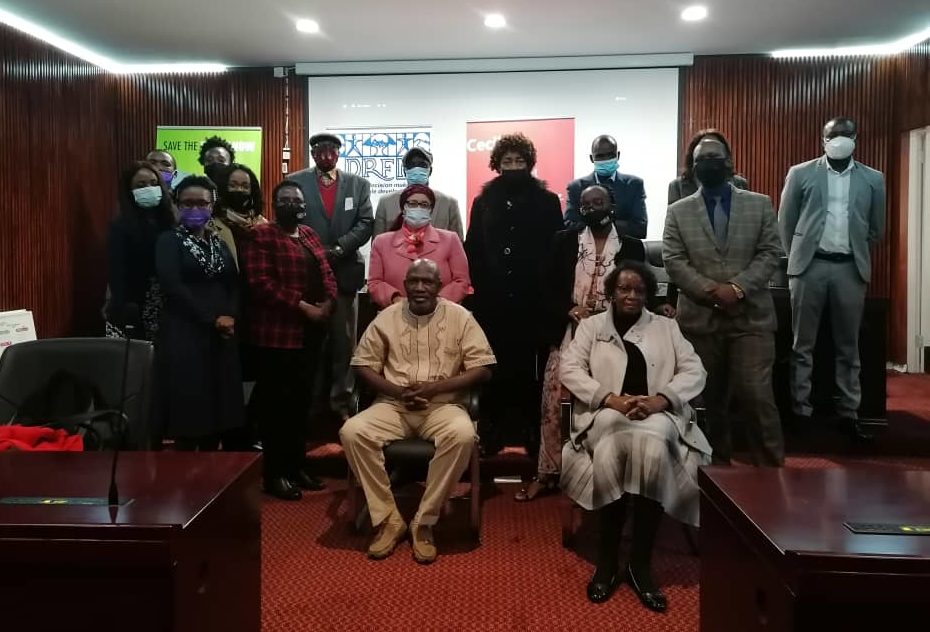 How we strengthened Parliamentarians’ understanding of climate impacts and solutions

From the outset, we identified the Ministry of Environment, Forestry and Tourism (MEFT) as a key implementation partner by virtue of their mandate and also because of their level of power and influence on Namibia’s climate agenda.

At first the project attempted to communicate with the National Assembly directly, but the responses were always poor. Hence, we restrategised and corresponded with the National Assembly via the Ministry’s Executive Director. This had a better result and ensured that managers in the Ministry were aware of planned activities.  We were also delighted when the Executive Director of the Ministry of Environment, Forestry and Tourism delivered inspiring welcome remarks for the training.

The team put a lot of thought on the selection of speakers as climate change is very scientific and we wanted to have speakers who were at the interface between theory and practice but who could also synthesise their respective topics in a manner that articulated the message without diluting the science. The speakers selected represented different disciplines and institutions such as the IPCC, University of Namibia, government institutions such as the MEFT and the Office of the Prime Minister and key private and civil society actors. 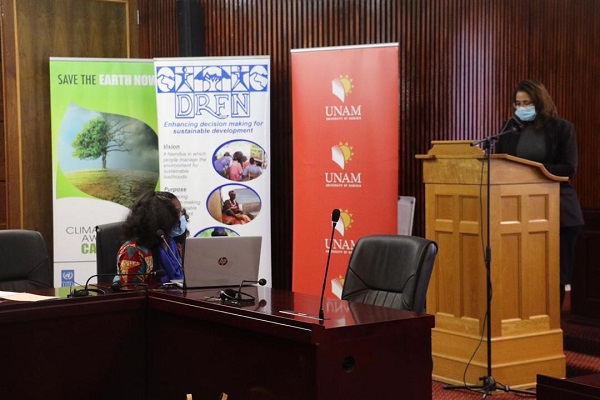 Image: Professor Peters of the University of Namibia addresses the course participants

The climate debate and its solutions cannot be left to the scientists and the government alone. It was fitting to expose the Parliamentarians to as many experts as possible for them to have an appreciation for how diverse the impacts of climate change are – and also how diverse the solutions are. We were able to observe the positive changes in understanding among members of Parliament, during the feedback session. The politicians were challenged to “be the change you want to see in the world” and to “act on the information being received” - by Mr. P Nghipandulwa, one of the facilitators.

By coincidence, too, our short courses collided with a parliamentary hearing on the controversial ReCon Africa oil exploration in the Kavango. Our team is confident that some of the knowledge shared was able to assist Parliament to make an informed decision about that proposal. One the members of the National Assembly raised the following: "How can Namibia move towards industrialisation without harming the environment? Our priority is to develop! We need to invest more into education. Knowledge is power. 'Give a man a fish and you feed him for a day, teach a man to fish and you will feed him for a lifetime”'"- said Hon. Tjekero Tweya.

When we were developing our short course, a parallel CDKN-funded project was looking at mainstreaming gender into regional development plans in Namibia. They developed innovative communications tools consisting of a graphic harvest and an animated film on the 1.5 degrees projections. We used these as learning aids during these short courses, including using printed canvas versions of the graphic harvests as “prizes” for teams during the quiz.

We also had to deal with the realities of the Covid-19 pandemic. The project team came up with re-adjusted outputs whilst maintaining the key objectives of the project, which were still realistic and attainable. This included migrating some activities online and making use of alternative communications tools, as opposed to physical presence.

These are the times we find ourselves in, where each day is literally step by step and our plans cannot remain rigid -- as our need to adapt to Covid-19 showed us. And this is the same with climate change, whether we are in agreement or whether we like it or not, the climate is changing and that is a fact.  How is each of us choosing to respond? Climate change is here now, it is not going away. When we think of the problems posed by climate change, we can either be frightened by it or embrace the opportunities it presents.

The course manual is accessible here.

More information on the project is available here.

Image (upper right),  the project team hand over a graphic showing the impacts of 1.5°C of global warming on Nambia, to Hon., Tjekero Tweya.