Bangladesh has secured major progress with development since independence, reflected in rising per capita incomes, falling poverty rates and improving human development indicators. In particular, GDP growth rate has accelerated from less than 4% per year during the 1970s to 6% plus in the Sixth Plan period of 2010-15. It reached 7% in Fiscal Year (FY) 2015-16. The Government now aspires to achieve 8% growth rate by the end of the Seventh Plan (FY2019-20) and sustain it at that level with a view to achieving upper middle income status by FY2030-31. Many factors will contribute to securing this aspiration. A major constraint is the energy sector, which will have to be addressed to achieve the government’s target.

Among the many challenges faced by the energy sector, two key issues are: first, the heavy financial burden of fuel oil subsidies that adversely affects the government’s ability to finance critical spending for education, health and social protection, while also contributing to a rapid accumulation of debts by the national oil company (Bangladesh Petroleum Corporation); and second, the constraint on the expansion of the power sector to meet the growing demand owing to the inadequacy of primary energy emerging from the lack of a diversified primary energy supply chain.

Future demand for oil is expected to grow at a more rapid pace than in the past owing to three important structural changes affecting the Bangladesh oil market. First, the aspiration to grow at an unprecedented pace of 8% per year will be mainly fulled by the expansion of the manufacturing sector, which is much more energy intensive than agriculture. Second, growing urbanisation will add to the energy intensity of the economy. And third, as gas reserves continue to dwindle the reliance on imported oil for primary fuel supply will grow. The development of other alternative primary fuel sources (coal, hydro-power, LNG, renewable energy) face major uncertainties and will likely take a long time to be satisfactorily resolved. Consequently, the efficient management of the domestic oil market and oil prices will be necessary to avoid an adverse effect of oil imports and international oil prices on the balance of payments and the budget. In particular, rising international oil prices could push up the subsidy bill and hamper the ability of the government to finance the programs in infrastructure and human development that are needed to achieve and sustain 8% GDP growth.

Bangladesh is an oil importing country with government control over oil production, imports and domestic oil distribution. Oil prices are heavily regulated and controlled by the government. The Bangladesh Petroleum Act 1974 essentially vested all legal authority to the government in the area of petroleum. In recent years there has been some deregulation that has allowed private sector involvement in the oil sector on a very limited scale. The Bangladesh Petroleum Corporation (BPC) is the key public agency in Bangladesh for imports, production and supply of petroleum products throughout the country, with the involvement of publicly owned Eastern Refinery Limited (ERL) and public distribution companies in the supply chain.

Historically, domestic oil prices are set by the government in consultation with the BPC. As international oil price shocks happened, it became increasingly difficult for the government to pass on the cost increases to the consumers. This resulted in a growing gap between the average cost of oil products and the retail level price to the consumers. Commensurately, the subsidy bill of the government soared. The main political consideration in price setting is the sensitivity of the concerned oil product in terms of the perceived impact on consumer budget. Diesel and kerosene, which are mostly used in transportation, irrigation and rural household lighting, are considered as highly sensitive products. The pricing policy therefore provides a subsidy for these products. Octane and petrol are used for motor cars that mostly belong to the rich. As such, these are not considered sensitive and are taxed. Furnace oil is mainly used for power generation by the private producers and in manufacturing sector. These are also considered sensitive and therefore subsidised. Historically, on average petrol and octane prices have exceeded the average cost of production while prices of diesel, kerosene and furnace oil were below the average cost. The scenario changed recently in light of the collapse of international oil prices since late 2014. The average selling prices of all petroleum products now exceed the average cost, but the tax is particularly significant for petrol and octane. This, however, is an outlier and not the result of a strategic domestic pricing policy. Consequently, without a change in the domestic pricing policy stance, subsidies will re-emerge if international oil prices go up.

The pricing mechanism has remained basically ad-hoc, mostly driven by political considerations about possible backlash from the citizens to rising prices. Fiscal costs have sometimes entered the equation in allowing limited price increases. But other considerations like effect on the financial performance of BPC, effect on incentives, choice of technology and investment decisions, impact on the environment and climate change have never entered as factors for pricing decisions. A half-hearted attempt to reform pricing policy was undertaken over 2003-2004, mostly in response to donor pressure. The Bangladesh Energy Regulatory Commission (BERC) was established in 2003 to regulate the energy industry, facilitate private sector participation in the energy sector and set energy prices. The government also agreed to set up an oil pricing mechanism that allowed pass through of international prices and other cost factors to be administered by BERC. The BERC lacks autonomy and is basically guided by the government in its policy decisions. The automatic pass-through pricing policy was never implemented as the fear of negative political reaction caused the government to abandon the policy. A renewed effort to introduce an automatic oil pricing mechanism with a view to fully passing on the international oil price changes to the consumers was attempted in 2012 in the context of a three year Extended Credit Facility Arrangement with the IMF. This automatic price was adopted as a structural benchmark, but was never implemented. 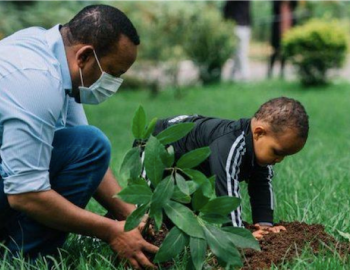 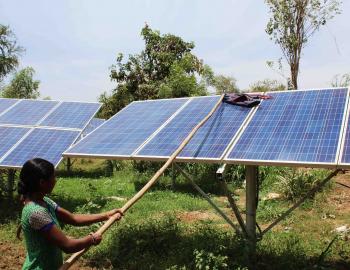 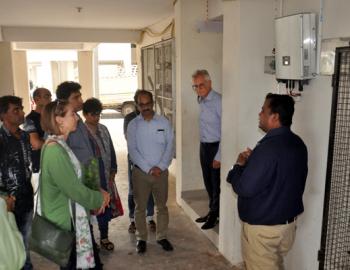 Resource
Case Study: Scaling-up solar PV in water supply services in Rajkot, India This case study showcases how the installation of solar photovoltaic (PV) panels at a water treatment plant in Rajkot has reduced greenhouse gas emissions and inspired the municipality to scale-up in other parts of the city.