Over recent decades, average and daily peak temperatures in India have risen while longer, intense heat waves are becoming more frequent, with implications for the health of India's vulnerable populations. In May 2010, an extreme heat event hit one of India's fastest growing cities, Ahmedabad, in Gujarat state, and the resultant high death rate and suffering prompted the city's government to take action.

A process of research and engagement led by the Natural Resources Defense Council (NRDC) in partnership with the Indian Institute of Public Health (IIPH) Gandhinagar and the Public Health Foundation in India, put the issue of extreme heat on the agenda of decision-makers in Ahmedabad.

The project team first conducted research and focus group interviews to identify local health risks and determined which groups are most vulnerable to extreme heat effects of climate change. A study on the mortality of the 2010 heat wave: Heat-Related Mortality in India: Excess All-Cause Mortality Associated with the 2010 Ahmedabad Heat Wave outlined the scale of the risks.

Through a consultative process, the risks and potential prevention strategies were outlined for each vulnerable group. Four briefs in the Rising Temperatures, Deadly Threat series were published giving specific recommendations for how key stakeholders and the most vulnerable residents can reduce vulnerability to extreme heat events in Ahmedabad:

Read a blog by NRDC’s Anjali Jaiswal on the release of the briefs in March 2013.

This research and analysis raised awareness and the level of understanding of the Ahmedabad Municipal Corporation (AMC) of the need for action, and the best approach. As a result the team supported officials to develop an innovative set of risk reduction strategies, including an early heat-health warning system, set out in the Ahmedabad Heat Action Plan 2013: Guide to extreme heat planning in Ahmedabad, India.The aim of the plan is to protect Ahmedabad's residents from extreme heat by identifying vulnerable populations, strengthening individual and community resilience, and improving heat-disaster response planning in the city.

At the launch in April 2013, the AMC Commissioner Shri Guruprasad Mohapatra spoke of his support for the Action Plan, stating that “Our Heat Action Plan provides the roadmap we need to save lives when the next dangerous heat wave hits.”

Through this partnership between the project team and the AMC, Ahmedabad is leading as the first Indian city to create a comprehensive early warning system and preparedness plan for extreme heat events. This plan contributes to the State’s mission to implement climate compatible strategies, including reducing urban heat island impacts.

Ahmedabad agencies will disseminate multilingual pamphlets, advertisements, public messages, and other informational materials on heat-stress prevention and tips for residents to protect themselves during heat waves, and conduct community outreach exercises (see example below).

To ensure that residents are efficiently alerted of impending heat waves and given sufficient information once a heat wave hits, the AMC will create formal communication channels among government agencies, health officials, emergency response teams, community groups, and media outlets.

Agencies will work to better equip medical professionals to offer heat-specific advice (on symptoms, diagnosis, and treatment) to their medical staff, and reduce mortality and morbidity. Link workers and other community health workers will also be trained to recognize heat danger and offer prevention tips for heat illness in slum communities.

Blogs from Kim Knowlton and Anjali Jaiswal, and also from Frances Beinecke, NRDC’s President, give more detail on the launch event. For further reading, please see below:

The AMC appointed a Nodal Officer, Dr Shah, to oversee the implementation of the Heat Action Plan and coordinate across agencies in the event of a heat wave. For example, in April 2013, a simulation exercise was organised with 50 city officials, key stakeholders and international experts to plan how their agencies would react to a heat wave and to improve inter-agency communication in the city.

The AMC has invested over $100,000 into prevention measures to implement the plan, and are managing the early warning system. This demonstrates the level of commitment and capacity of the city Government for tackling this issue, as compared to when CDKN’s supported work started in 2011.

A heat wave in May 2014 showed the value of such initiatives. A colour coded alert level system was utilised to give warnings to all medical centres, emergency services, and ctiizens (through press notes, e-mails and SMS).  Take home pamphlets given to school children, billboards, and LED temperature boards across the city have all helped increase awareness of how to protect against heat stroke. The Government also opened up its gardens all day and night to provide a cool refuge for vulnerable citizens. And, plans are underway to convert black tar roofs of hospitals to china-tiled mosaic after the project showed the impact this has in terms of reducing temperatures. (Read Nehmat Kaur's article about how Ahmedabad prepared for the heat wave)

This project is already acting as a model for others to learn from and replicate. The Government of India has instructed other vulnerable states in India to follow Ahmedabad’s model for tackling extreme heat to protect against encephalitis and other health impacts of heat waves (see Asian Age article, June 11 2014).  CDKN is now supporting the scaling-up of the work to new cities across India.

Communication materials for Ahmedabad residents, have also been prepared and distributed as part of the public awareness element of the Heat Action Plan, in both Gujarati and English. The English language versions are shown below:

Heat Health Warning Posters “How to Protect Yourself”

Project photos courtesy of the Indian Institute of Public Health 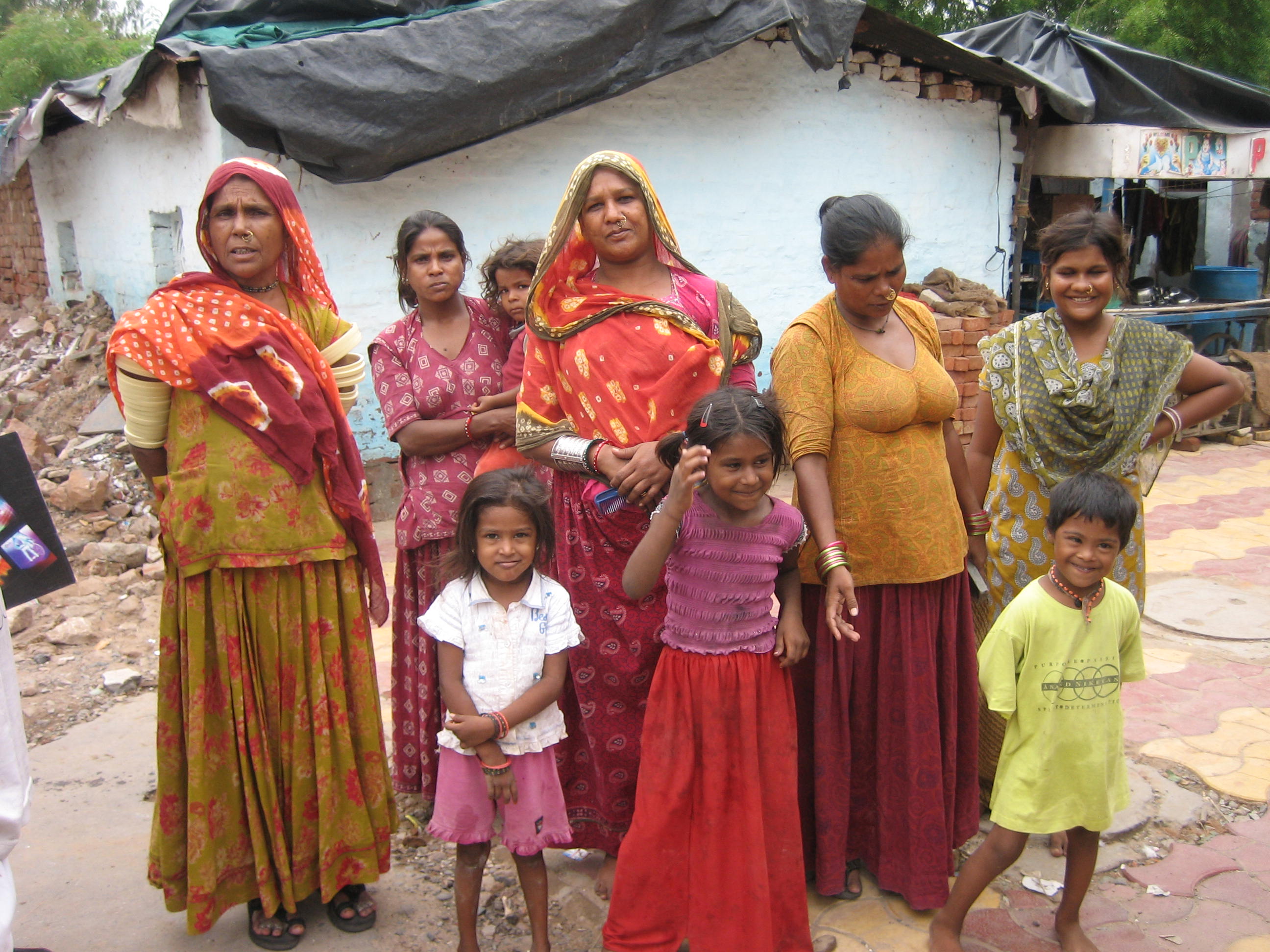 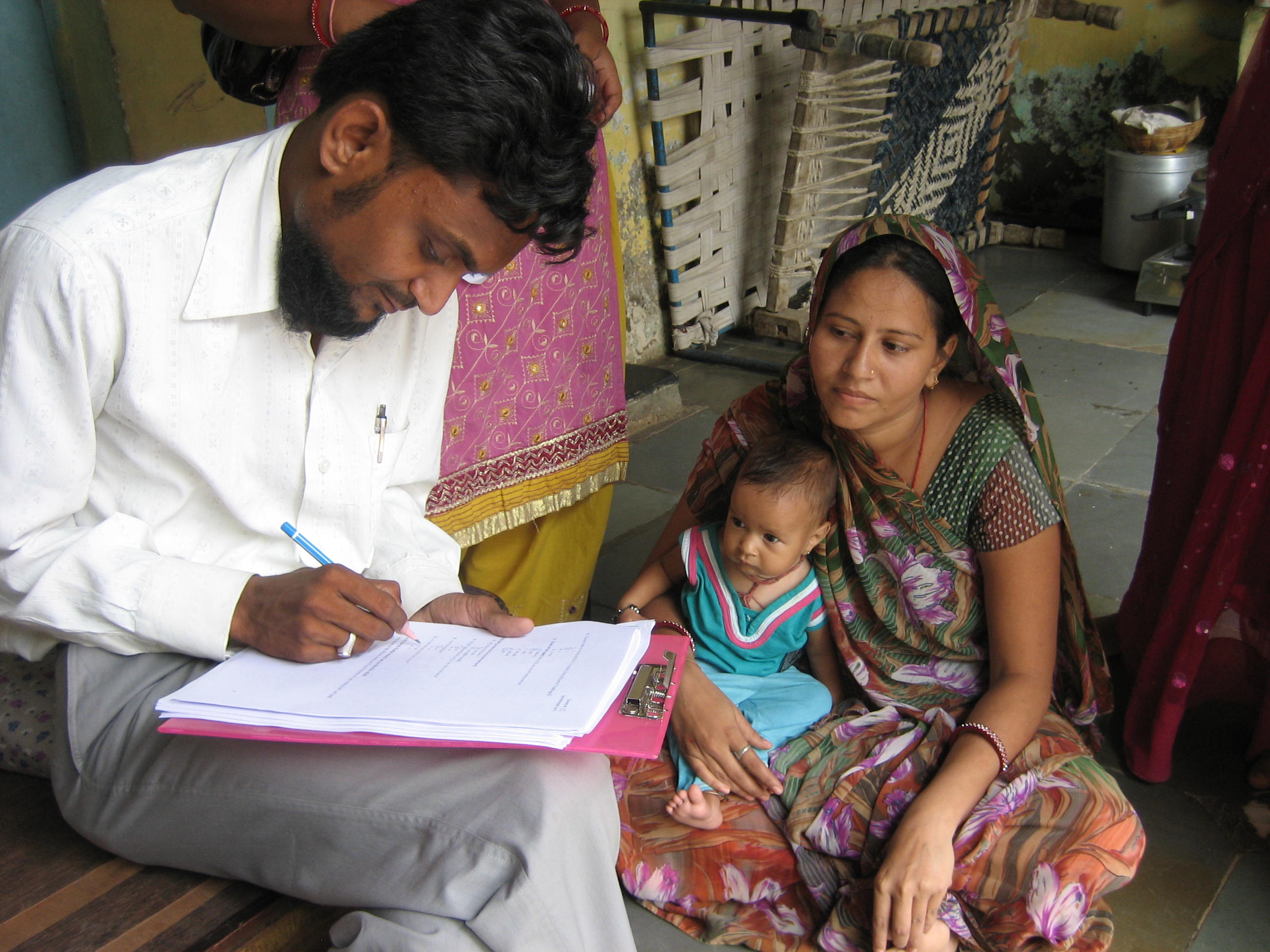 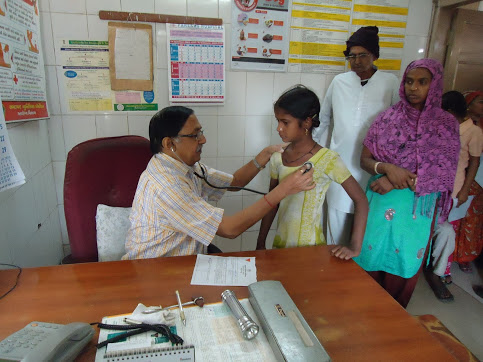 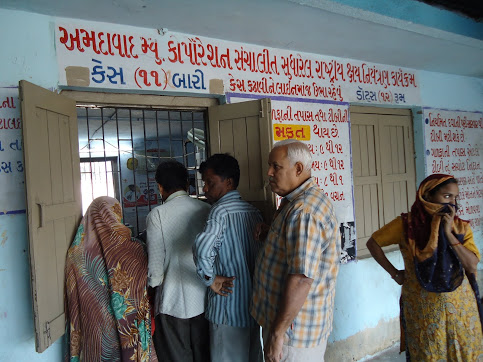 CDKN's Inside Story authored by the project team documents the learning from this project.

CDKN is now supporting a second phase of this work, building on the success in Ahmedabad. This project was selected as one of the top 20 for the Munich Re Risk Award 2015, which was presented at the World Conference for Disaster Risk Reduction in Sendai, March 2015.