New research by HR Wallingford, Metroeconomica and the Climate and Development Knowledge Network (CDKN) shows that a high-ambition global climate agreement will be essential to achieving the Sustainable Development Goals (SDGs), particularly the goals for eradicating poverty and ensuring access to energy for all. The report "The impact of climate change on the achievement of the post-2015 sustainable development goals" will be presented by the authors at an internationally livestreamed event in London today.

Using expert economic analysis, the team shows how globally and in four selected countries – Dominica, Jamaica, Pakistan and Uganda – the only way to tackle poverty and energy problems, and meet other sustainable development goals such as gender equality and adequate water and sanitation, is to commit strong political leadership and high levels of dedicated finance for climate compatible development.

Measures that slash carbon emissions and strengthen resilience to the impacts of climate change will result in sustained green growth and bring these development goals within reach – such as reduced fossil fuel subsidies, pricing of carbon throughout the economy, innovative finance for low carbon investments, increased subsidies for research and development in low-carbon energy and policies for compact city development.

Commitments made by countries at United Nations climate talks in Paris, France in December 2015 will set the world on a pathway to a 2oC temperature rise by 2100 (a ‘high-ambition’ scenario) or alternatively, to a 3-5oC rise by 2100 (a ‘low-ambition’ scenario). The researchers found that under the low-ambition climate change agreement, poverty levels in 2030 are projected to be 80 – 140% higher for Asia and Sub-Saharan Africa and 25% higher for Latin America and the Caribbean (LAC) compared to the high-ambition agreement.

“It takes a while for global climate policies to translate to national and local actions, and even longer for emissions cuts and reduced greenhouse gas concentrations to slow the rate of warming of Earth’s climate,” said Dr Nigel Walmsley, a lead author of the study. “That’s why the emissions cuts that countries pledge in 2015, to take effect from 2020, will not affect how much the world warms to 2030 – which is the timeframe for the new Sustainable Development Goals. However, those climate pledges and actions will be utterly essential for limiting global warming beyond 2030. And what’s more, the political signal that governments send in Paris this December, and the money they put on the table for low-carbon, climate-resilient actions, will have a powerful effect on country policies in the next 15 years. Those policies and actions will profoundly influence the world’s ability to achieve the SDGs.”

Meanwhile, the authors identify the importance of governments’ signing up to ambitious SDG targets, which will promote national policies based on low- or zero-carbon growth. This ‘virtuous circle’ will not only promote a high-ambition climate agreement. Ambitious SDGs will also increase the chances that a climate agreement can be implemented.

Seventeen SDGs have been proposed for governments to negotiate in New York from September 2015. These are unlikely to change (see Editor’s Note); however, the targets and indicators that support the goals are still up for discussion. “There is plenty of scope for governments to negotiate the SDG targets and indicators when they hammer out the final details in New York,” said Anil Markandya, another lead author of the study. ”The SDGs must contain strong commitments on low-carbon, climate-resilient development and financing for development. If they do, strong SDGs will pave the way for a high-ambition global climate agreement later in the year.”

“The outcome we want is high ambition for climate resilience and emissions reductions in the SDGs this September, which creates irresistible momentum towards an equally high-ambition climate agreement in December,” said Sam Bickersteth, CDKN’s Chief Executive. “The agreements together offer a once-in-a generation opportunity to end extreme poverty, create climate compatible development and avoid dangerous levels of climate change.”

The study concludes that a high-ambition climate agreement is essential to creating the best chance of achieving the Sustainable Development Goals by 2030 because it can:

A high-ambition climate agreement can potentially have a significant impact on the state of the economy and social well-being in the poorest and most climate vulnerable countries before 2030, improving the likelihood that they will achieve the SDGs. A low- ambition agreement puts their chances of sustainable development at risk.

For access to the full technical report and shorter briefing version, together with downloadable infographics, please visit www.cdkn.org/climate-and-sdgs 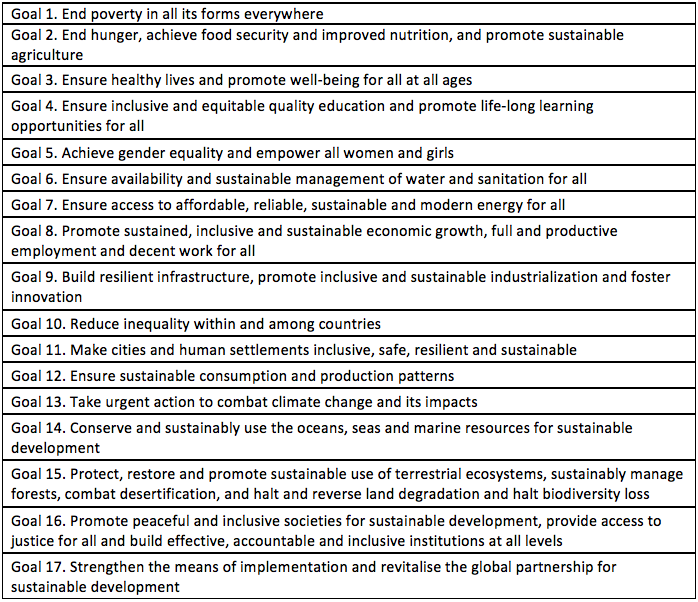 Risk of failure to achievement of the SDGs by 2030 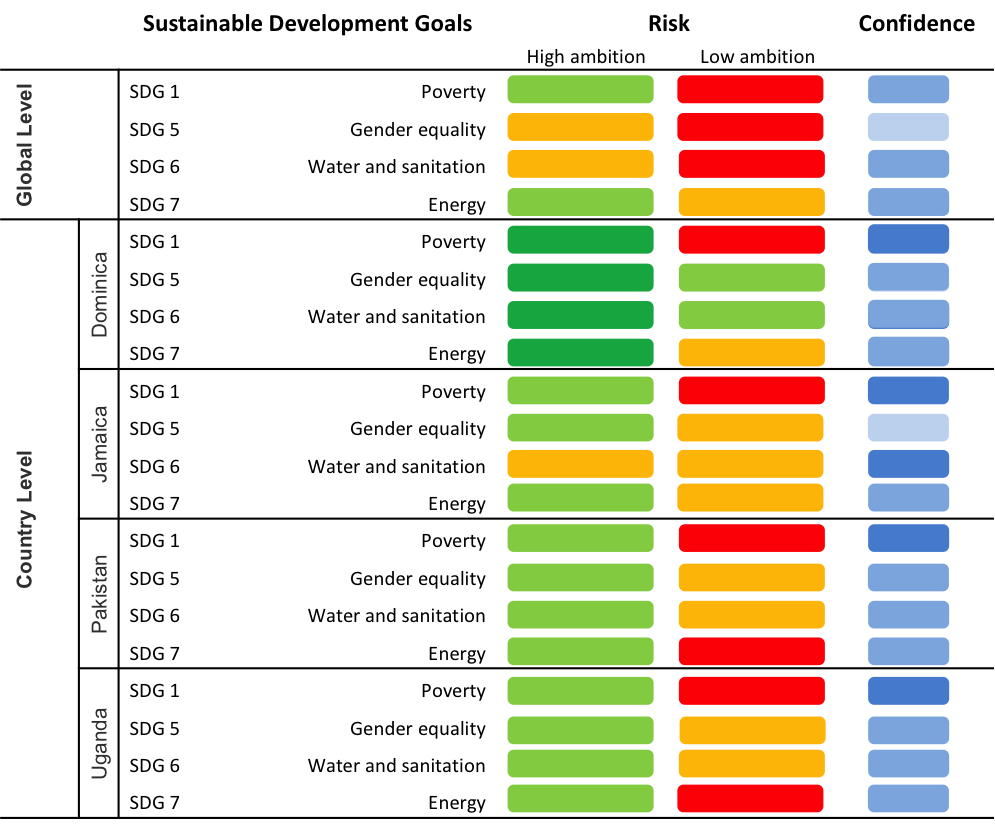