In this guest blog, socio-environmentalist Hervé Wouapi looks at the processes that constrain the resilience of a community in one of Cameroon's semi-arid areas. He finds that for local farmers, it's all about weighing up climate- and weather-related risks.

During February through to April 2013, I travelled to the far north floodplain region of Cameroon to undertake a vulnerability study of resource-poor dependents in the context of climate variability and environmental change. The field study took place in the locality of Pouss and its vicinity where agriculture (rain-fed and irrigated), pastoralism, fishery and gardening are major components of local livelihood options.

Fieldwork activities, through vulnerability assessment, have brought to light some of the major and underlying processes that heavily constrain the resilience of Pouss community members. These encompass poor health, food insecurity, access to potable water, financial insecurity, and inadequate village infrastructures. But there were three issues that retained my attention from the fieldstudy experience.

First, rice cultivation is the main source of income in Pouss. The state-owned company that develops rice cultivation in the region, the Rice Development Authority SEMRY, owns the 6200 ha total acreage that is allocated to farmers.Until the economic recession in the mid-1990s, SEMRY had a relatively long sustained period of economic growth and could fulfil its core missions that were consistent with supply of subsidies to farmers in terms of agriculture inputs, ploughing, nursery facilities and technical assistance at a relatively low cost. In addition, the total production was again absorbed by SEMRY who also ensured the marketing of rice in the major consumer marketsover a distance of 1000 Km. 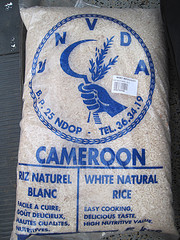 Because of higher transport and transaction costs, the rice produced by SEMRY became less competitive in the market. This marked the failure of the balancing out system whereby the State used to compensate any losses with financing from other category of taxpayers.

But, a structural adjustment programme saw the transformation of SEMRY into a service provider, leaving rice farmers alone to ensure both acquisition of inputs and the marketing of their harvest

Following the adjustment, SEMRY completely withdrew its subsidies to smallholders. From subsidies supplier the status of SEMRY has now switched to become service provider; and to date most of the smallholders cannot afford the services delivered by the latter. The pooled effect of this include low yield, poor road network (and its corollaries namely higher transportation and transaction costs) further held back the capacity of farmers to share in larger-scale agricultural markets in the sub- region and the country.

Second, institutional vulnerability, that is adapting Institutions to climatic extremes and shocks in the context of climate change and other stressors in the semiarid floodplain of Pouss, remains a key hurdle to champion adaptation efforts in the floodplain of Pouss. Recent figures in the floodplain of Pouss show that disaster risk accumulates in this fragile ecosystem through inappropriate development interventions as opposed to long-lived infrastructures. Disaster reduction policy fails to enable communities to be resilient to natural hazards while development projects, not informed by sound environmental impact assessment (EIA), tend to increase vulnerability to those hazards. Given the accelerating pace of change occasioned by biophysical processesand an arena of low socio-economic resilience, resource-poor dependents in Pouss remain at the mercy of the negative impacts of climate change and natural hazards. This occurs in the absence of strong local, national and regional institutions capable of creating an enabling environment and ground for capacity development.

Third, looking at the equation “Risk = Hazard x Vulnerability/Coping Capacities”, I argue that “coping capacities” is the dimension in which institutions are crucial for flood control in the semiarid floodplain of Pouss. In Cameroon, climate change adaptation (CCA) and disaster risk reduction (DRR) typically have separate institutional homes; Ministry of Environment, Nature Protection and Sustainable Development for CCA and Ministry of Territorial Administration and Decentralisation for DRR, each with their own inter-sectoral coordination groups, each with their own channels of funding, and each with separate entry points in different international agreements. While sharing very similar objectives as to protecting development gains through effective planning and programming, and similar challenges in raising the profile of their agendas, they typically fail to coordinate among themselves. Such duplication of efforts coupled with competition among various actors not only hamper DRR and CCA efforts, but also compromises the overall effective use of already limited resources in the implementation of development strategies and policies aiming to achieve the millennium development goals. 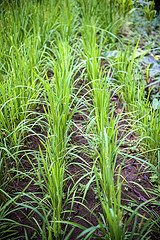 The communities themselves bear part of the blame in their inability to build strong social networks and farmer groupings. Hence, the lack of effective common initiatives groups place single farmers at the mercy of middle men (most of whom are also moneylenders to farmers) when it comes to either negotiate the selling price of their produce or to purchase agricultural inputs. Also, during fieldwork it became clear that another factor was at play – a notion of integrity of the Mousgoum,the majority ethnic group in Pouss. When it comes to celebrate weddings, which usually occur during harvesting and result in significant costs, the people to sell more rice (even the quantity stored in the granary) in order to raise funds. When they are short of money, the only other option left to them is to resort to loan-sharks. The lesson drawn here is that cultural factors, to some extent, can influence adaptation options at local scale.

Overall, one key message convened by the study is that adaptation and resilience building is chiefly about risk management. While interacting with farmers in the field, it clearly became evident that their major concerns are at least two-fold:

The above reveals that understanding and addressing the drivers of climate impacts and other risks facing semiarid agriculture is instrumental to securing food production system.  Risk management tools that integrally deal with variability and uncertainty, including those associated with the entire agro value chain, are required to support the resilience of farming systems that underpins the livelihoods of the majority of smallholder farmers. This requires a new level of consensus and call to action to build the resilience of small-scale farmers and help address the Heads of States Malabo declaration on enhancing food security.

Hervé Wouapi is a socio-environmentalist from Cameroon currently conducting a study on social-ecological resilience in the Sahel in the context of vulnerability to climate change and other stressors.

We occasionally invite bloggers from around the world to provide their experiences and views. The views expressed here are those of the author, and not necessarily those of CDKN or any of its Alliance members.