Paris Agreement - Its toughest test yet

Paris Agreement - Its toughest test yet

Sam Bickersteth, CDKN's Chief Executive, and Kiran Sura, Head of Negotiations Support, respond to the announcement that the United States will withdraw from the Paris Agreement.

After months of speculation, President Trump has confirmed the United States will withdraw from the Paris Agreement and cease funding to related bodies such as the Green Climate Fund. This was a deep blow to the multilateral feat the Paris Agreement represented, and to those who spent two decades forging a fair and ambitious deal to avert dangerous climate change. The US now joins only two other countries that have chosen not to join the Paris Agreement: Nicaragua, which felt the Paris Agreement was not ambitious enough; and Syria, a country that has been contending with a deadly civil war.

CDKN has been working with the poorest and most climate-vulnerable countries in the climate change negotiations since 2011. These countries have been least responsible for historic greenhouse gas emissions, yet stand on the frontline of the impacts of climate change. The Paris Agreement represents a life line for these countries. The Agreement recognises – crucially – that they need support from the global community to transition to a low-carbon future, while simultaneously addressing the unrelenting impacts of climate change, which are devastating their homes, communities and livelihoods.  And this is where the decision by the US will be most acutely felt by these countries. The annual $100bn of international climate finance agreed in Paris was one way of enabling these communities to better manage climate impacts. The decision to withdraw the US contribution ($3bn, of which only $1bn has been disbursed) from the Green Climate Fund will be deeply disappointing for many.  The European Union and China appear to be stepping in where the US leadership is stepping down.

Political leadership is an essential requirement of progress on climate change, as CDKN experience over last seven years has demonstrated time and time again. In the lead up to, during and now following this announcement, leaders from developed and developing countries, the UN and other international organisations have put their political flags in the sand in support of the Paris Agreement.

Despite holding the moral authority and contributing least to the immense challenge before us, the poorest and most climate-vulnerable countries have displayed great climate leadership. The selection of statements (below) show how they remain resolute in their commitment to the Paris Agreement.

As reaction to the US’ decision continues to emerge, and as countries weigh the implications of the US withdrawal, let us not forget that:

The Paris Agreement was a triumph for the planet, for its people and for multilateralism. It is now facing one of its toughest tests. Can it withstand the withdrawal of the world’s largest economy? We remain confident it can, but it will require developed and emerging economies to reinvigorate their commitments to reduce emissions, and ensure developing countries are financially supported to contend with climate change and transition to the inevitable low carbon future - the only future that will save humanity. 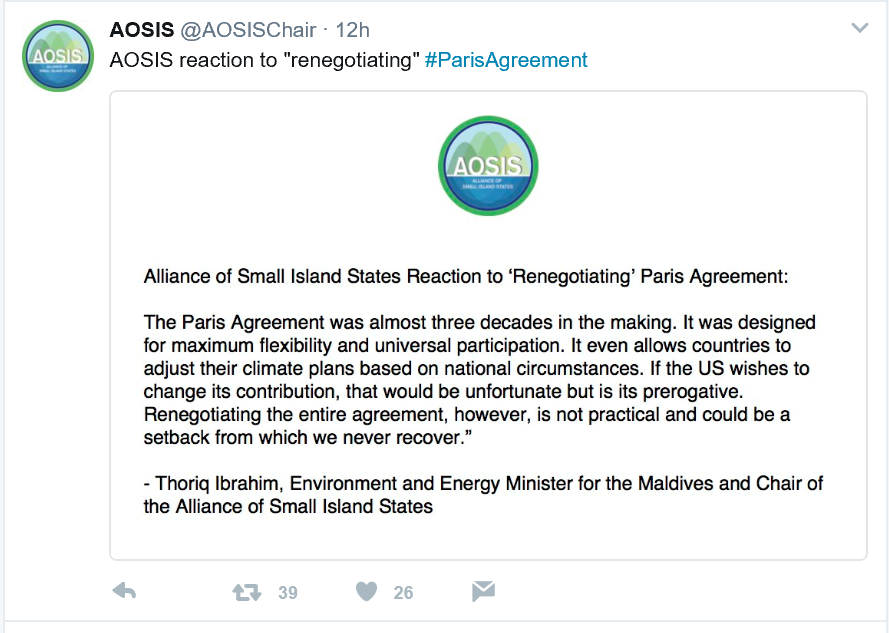 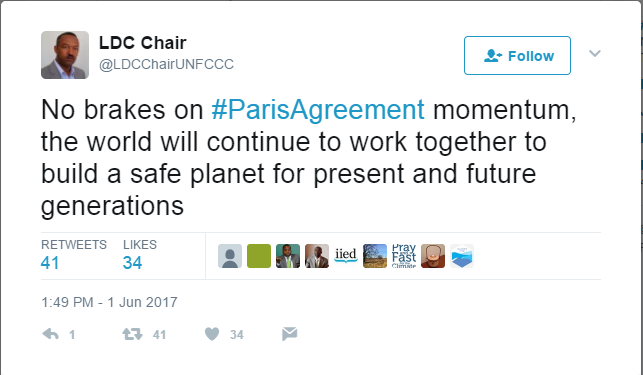 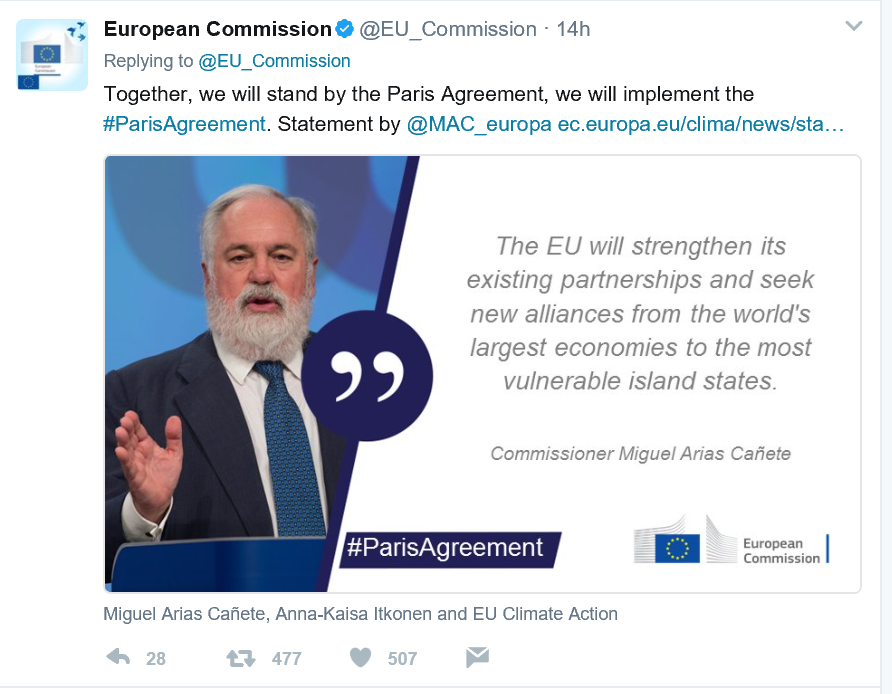