Time to change for good: Gender should be at the heart  of climate policies and programmes.

Among developing country decision-makers, there is little argument that the impacts of climate change are causing harm now. The effects are widely felt, from small island nations on the frontline of climate change, to densely populated deltas affected by sea level rise, from melting glaciers in mountain regions to drought- and storm-affected territories inland.

Dozens of developing countries are taking action to adapt to the impacts of climate change and to embrace low carbon development paths, recognising the benefits of green growth for economic competitiveness and stability. As climate finance begins to flow—and more is promised for the future—developing countries are challenged to design robust institutions and programmes for use of these funds.

From all of these dimensions, climate change has particular implications for women. Women’s wellbeing and life choices are profoundly influenced by social institutions: even without climate change impacts, they face gender inequalities which typically lead to higher rates of poverty and a deeper experience of poverty than among men.

Climate change imposes resource scarcity that affects women deeply, especially in those areas where they are the primary farmers and managers of fuelwood and water.

Gender considerations should be at the heart of climate change policies and programmes in developing countries because:

Will we ensure that adaptation and mitigation do not leave women relatively worse off? Will we take this chance to protect and enhance women’s and girls’ life choices, making a better future for all?

This publication outlines some of the  initial steps the Climate and Development Knowledge Network (CDKN) is taking to ensure that development is both climate compatible and fair to women and men. 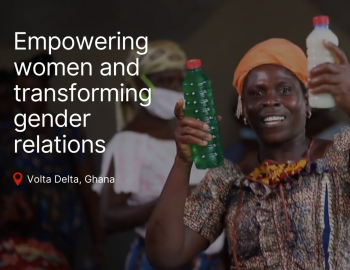 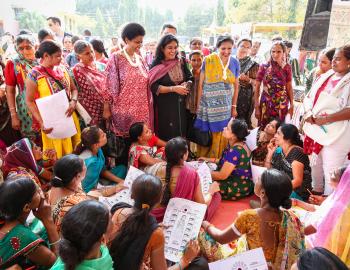 Resource
Gender in climate action training pack: a resource for practitioners CDKN has developed a pack of presentations and exercises for facilitators to use in training settings, to help climate and development professionals to integrate gender perspectives into climate projects and programmes.