Since 2019, CDKN has been working with the University of Ghana’s Institute for Environment and Sanitation Studies (IESS) to implement some of the country’s climate-change related focus areas as stated in the National Climate Change Plan (NCCP). CDKN’s work in Ghana has been led by the Country Engagement Lead, Dr Christopher Gordon.

Of the four CDKN major themes - climate finance, water-energy-food nexus, cities and gender - three themes emerged as the most useful entry points for engagement, based on the interests of priority stakeholders in Ghana. The rationale for each is detailed below.

The rationale for the cities theme: Flooding is the main climate-induced challenge faced by Accra, the capital city of Ghana, and its peri-urban areas. A number of factors can be attributed to the current increase in flooding events. These include poor drainage (due to the lack of infrastructure), urban sprawl and an increase in the intensity and unpredictability of rainfall. The management of these flood disasters in the city by Municipal and District Assemblies has been the key challenge identified by the team, making the case for transdisciplinary work between researchers, practitioners and policymakers.

The rationale for the WEF nexus theme: The WEF nexus plays a prominent role in the NCCP of Ghana as well as in the Ghana NDC document. All the currently funded Green Climate Fund (GCF) projects are linked to WEF. The CDKN Ghana team has chosen this theme because of its significance in the developmental process of the country.

The rationale for the climate finance theme: Climate finance, though not a new concept, is relatively unknown by most people in Ghana. There have been several government and NGO engagements on climate finance, however further dissemination is needed for it to be well-understood, especially at the local level.

Since early 2019, the Ghana team's focus has largely been on working with local government to achieve these project objectives. This approach became necessary due to the part played by Municipal and District Assemblies (MMDAs) in the implementation of the NCCP, who are encouraged to use a portion of their annual budget for climate change related issues, which include disaster-risk reduction. CDKN Ghana, using the above as its focus areas, seeks to achieve the following objectives by the end of the programme:

The project’s key outputs are: 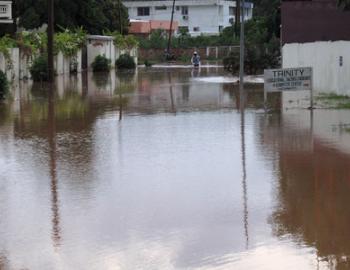 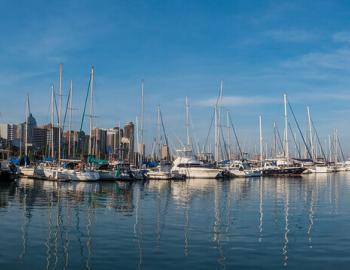 News
Ecosystem-based adaptation: a promising solution to flood risk in African cities Urban floods are becoming more common as a result of increasing urbanisation, poor urban planning and climate change. A new report by PlanAdapt explores how the cities of Cape Town, Durban, Mombasa and Nairobi are rising to the challenge, and how their work can inspire others.