CDKN and the Netherlands Embassy co-hosted an Action Lab in Kampala that brought together development practitioners from government, donors, research organisations and implementation partners to identify research questions and other actions that could help Uganda tackle climate change. Suzanne Carter and Juliane Nier of CDKN share the key messages on climate-related migration.

Meteorological records are not very long in some areas (especially in the Karamoja region, due to past conflict). However, there is appetite among development practitioners and international donors to start exploring the topic in more detail.

Internationally, there is not an agreed definition of what constitutes environmental or climate migrants. The term 'climate refugees' is better understood, typified by the South Pacific islands that are threatened by sea level rise, such as Tuvalu. We need to be clear if we are talking about internal or cross-border migration as they have different dynamics and require different responses. Regional cooperation will be very important to deal with migration. As part of the Action Lab, we agreed to focus the conversation on internal migration as a strategy to adapt to climate change, which in the Ugandan context is still more common than cross-border migration. 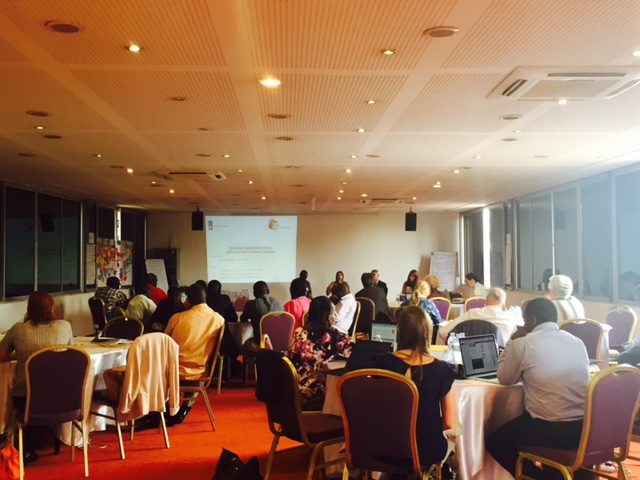 We heard that in Uganda, migration is already being used as a coping strategy to deal with climate variability, especially by nomadic pastoralist communities in the Karamoja region. In fact, a number of people used to migrate across the border with Kenya - following the rains to ensure good pastures for their cattle. However, increased mining activity and fragmentation of this cattle corridor (through the increased number of farms) are both already putting strain on this coping mechanism, bringing into question whether this is a suitable coping strategy under climate change. Other areas where there could be some interesting interactions between climate and migration include Northern Uganda, the Uganda-Congo border area, and fragile ecosystem environments where cash crops are being grown.

Development practitioners are grappling with determining how migration can be attributed to climate change. While there is a need to explore causal attribution further, we have to acknowledge that migration is multi-faceted and climate is one of many drivers. Climate change will often act as a catalyst which amplifies the current drivers of migration – one more stressor in a very complex decision making process that drives people to migrate. The Intergovernmental Panel on Climate Change’s chapter dealing with migration can provide a starting point for finding out more. [Editor: the CDKN film 'Living on the Go' about Bangladeshi climate refugees also explains the difference in migration types in detail.] In the context of Uganda’s potential future climate, we expect to see more hot and dry weather in the Karamoja region, which, among other external trends, could have an impact on people’s livelihoods, their health, food security, economic opportunities and overall stability.

But if climate change can exacerbate migration, then equally, migration can exacerbate the impacts of climate change. We heard that particularly in the Karamoja region, there has been an influx in population due to the political conflict in neighbouring countries. Often that can put additional pressures on natural resources and the resilience of receiving/host communities. The few pastures available, which are already under pressure due to climate change, will now have to service more farmers and their cattle. We therefore need to understand both dynamics of the climate and migration relationship.

From the Action Lab it was clear that this is still a new topic to many and we need to have further conversations about the relationship between migration and climate change to get a better sense of the future risks and suitable responses for the Ugandan context.