With the Paris Agreement entering into force, the world is turning its focus to climate action. The successful amendment of the Montreal Protocol in Kigali and Rwanda’s approach to climate action are examples the world can learn from when addressing the challenge of a warming planet. David Toovey, communications advisor, Rwanda's Green Fund takes a closer look.

During the climate talks in Paris where the most comprehensive environment treaty in history was reached, Rwanda stood out as nation already on the path to the sustainable development. From the start of negotiations, the country also took a strong position on what needed to be achieved: a robust agreement that kept warming to 1.5 degrees Celsius and that gave vulnerable nations the resources and technology they need to both reduce their contribution to climate change and respond to its impacts.

The outcome eventually reached in Paris was clear: to limit global temperature increases to less than 2 degrees Celsius, with the ambition to not go above 1.5 degrees. With the goal posts firmly in place, the challenge is now translating this aspiration into tangible action on the ground. This was the focus of the recent COP22 in Marrakech, Morocco.

It is here that Rwanda provides some lessons the world can learn from. From grassroots efforts to protect important forest carbon sinks to global diplomacy efforts, Rwanda has been at the forefront of action on climate issues. The country now has a reputation as a strong advocate for vulnerable nations and a dynamic leader in setting the policy and institutional frameworks for accessing international climate finance for sustainable development.

For Rwanda, a country whose average temperatures have already increased by 1.4 degrees Celsius since the 1970s, and could reach higher than 2.5 degrees Celsius above normal by mid-century, ‘climate action’ and ‘sustainability’ are not buzzwords. They are clear policy and practical imperatives that are now the key factors shaping the country’s development agenda.

To support this effort, Rwanda set up its own Green Fund, FONERWA (a French acronym), which finances climate resilience initiatives across the country. More than US $100 million has been mobilised and the fund has already created 60,000 green jobs. The fund’s investments have restored more than 8,500 hectares of watersheds and water bodies and protected almost 13,000 hectares of land against erosion. It has also supported tree planting and agro-forestry on more than 21,000 hectares across the country. In terms of green growth, 6,807 households have improved access to off-grid energy thanks to investments made by the fund and private sector partners. The fund is one of the main reasons Rwanda’s Ministry of Natural Resources was the first government entity to be accredited by the global Green Climate Fund based in South Korea.

The work of Rwanda’s Green Fund, together with the Ministry of Natural Resources and Rwanda Environment Management Authority (REMA), is being guided by the country’s Green Growth and Climate Resilience Strategy. This cross-sector strategy aims for Rwanda to be a developed, low carbon and climate resilient nation by 2050. This is crucial to respond to the extreme vulnerability to climate change impacts faced by the country. From January to September this year alone, torrential rains and drought, as well as other disasters, were responsible for the tragic deaths of more than 50 people and losses amounting to more than US $30 million, according the Ministry of Disaster Management and Refugee Affairs.

The country’s vulnerability is just one reason why Rwanda has put itself at the forefront of international climate negotiations, recognising that national action alone will not solve the challenges it faces. In October this year, the country hosted the 28th Meeting of the Parties to the Montreal Protocol, at which another historic agreement was adopted - the Kigali Amendment.

Reached after seven years of negotiations, the Kigali Amendment to the Montreal Protocol represents the most significant action on climate change since the Paris Agreement and could avoid up to half a degree of warming by the end of the century by phasing out hydrofluorocarbons. The amendment also sets the standard in terms of the tangible action the world can take if all countries come together in the spirit of action oriented cooperation and collaboration.

The Kigali Amendment, along with the entry into force of the Paris Agreement and recent decision by the aviation industry to limit emission to 2020 levels, were the perfect momentum the world needed going into this year’s United Nations Climate Change Conference in Marrakech, Morocco - also known as COP22. With this focus on ‘action’, COP22 looked to the Kigali Amendment and Rwanda as examples of tangible responses to climate change.

"I salute and congratulate Rwanda for the incredible work done to organise a successful meeting last month that led to the Kigali Amendment."

With support of partners including the Climate Development Knowledge Network, Rwanda’s delegation in Marrakech shared the experience of hosting the Montreal Protocol meeting and how the country is responding to climate change and protecting its natural environment. 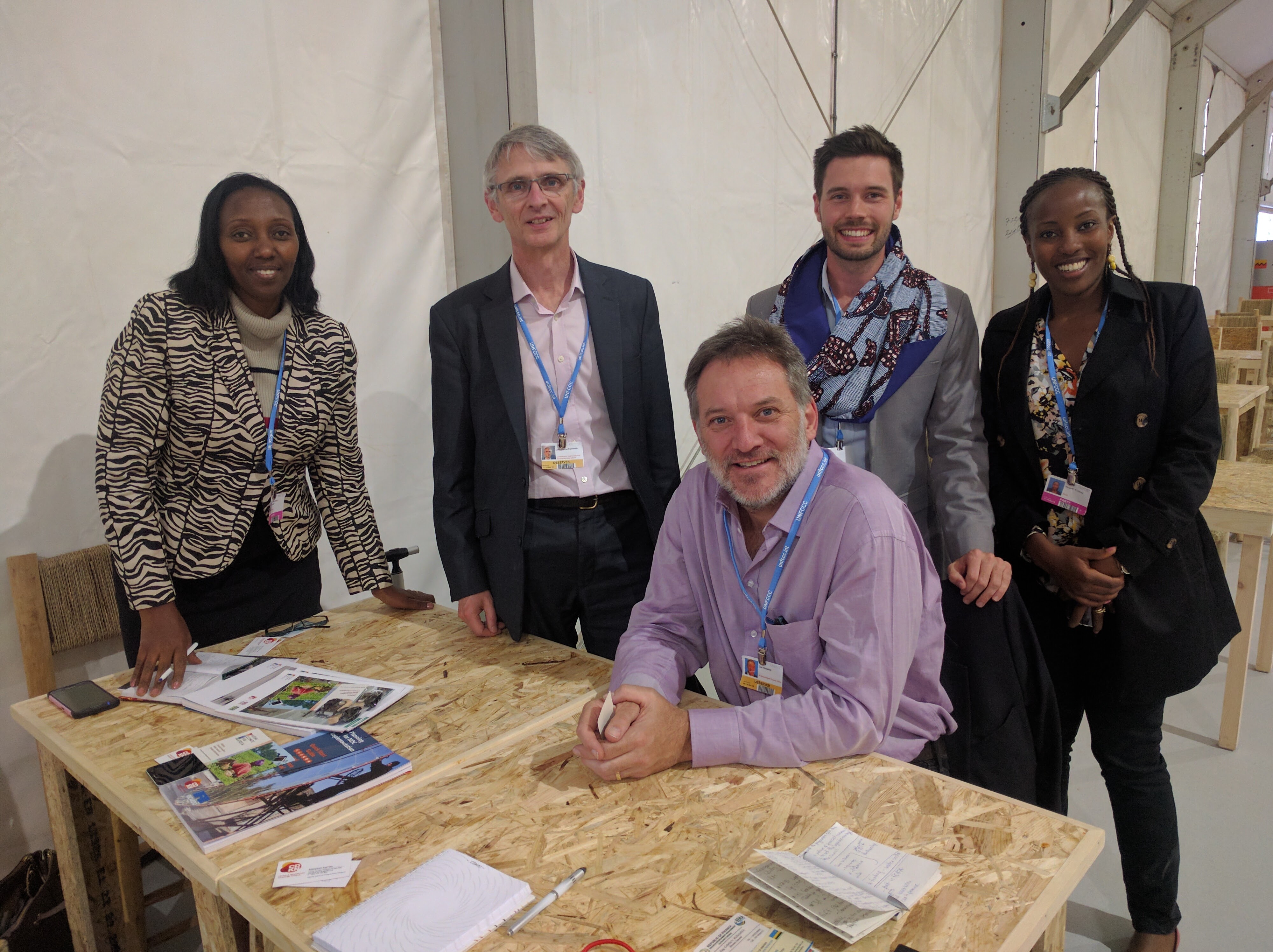 View photos of Rwanda’s delegation to the recent COP22 here.