How Asia and Africa benefit from climate knowledge sharing

How Asia and Africa benefit from climate knowledge sharing

Saleemul Huq is Director of the International Centre for Climate Change and Development at the Independent University, Bangladesh. He is a Senior Fellow at the International Institute for Environment and Development. After attending two significant conferences, he reflects on the continent-wide efforts Africa and Asia are making on climate change and why knowledge sharing is key.

Recently, I attended two major conferences - the fourth Asia Pacific Adaptation Forum held in Kuala Lumpur, Malaysia and then the fourth Conference on Climate Change and Development in Africa held in Marrakech, Morocco. Both events mark a significant enhancement of understanding, policies, planning and actions to tackle climate change in these two major southern continents.

I liken how countries learn to effectively tackle climate, both for mitigation as well as adaptation, as climbing up a knowledge ladder similar to the way individuals acquire knowledge step by step from childhood to adulthood. So as a child has to go to nursery and kindergarten first, then to primary school followed by secondary school, then college and university, and later  postgraduate qualifications. Thus, the individual acquires initial knowledge followed by more specialised knowledge over the course of at least two decades.

It’s no less different for a country to learn how to tackle climate change effectively; it has to climb a similar knowledge ladder over a similar timeline. While each country has to go through a comparable process of taking steps up the knowledge ladder, the process can be hastened by learning from others. Hence periodic conferences are good occasions to share knowledge across countries in a region, as well as to take stock of where we have reached in our learning process collectively.

I would characterise the common steps that all countries have to go through as follows:

First, the leaders and people have to recognise that climate change, in addition to being a global problem, poses a national challenge that needs to be tackled at national level.

Although in theory all countries acknowledged this when they signed and ratified the United Nations Framework Convention on Climate Change (UNFCCC) in 1992, it has taken each country a long time to accept the necessity to take the promised actions at national level, in their own national interests.

Once the challenge is accepted, then the national learning process can start in earnest. This national learning process has to take place amongst all the key stakeholder groups from national and local government policy makers and planners to academia and researchers to civil society (with a special focus on women and youth) and finally the private sector. Each group needs to first understand the problem and then figure out what its role should be in tackling the problem. Some groups may have a bigger role in reducing greenhouse gas emissions through mitigation while others will have a bigger role in adaptation.

During the phase of improving the understanding of the problem better, there is a need for downscaled information of climate impacts with different climate change scenarios, which can be factored into planning processes. The fifty or so Least Developed Countries (LDCs), most of them in Africa and some in Asia, started this process on adaptation to climate change over a decade ago through the preparation of their respective National Adaptation Programmes of Action (NAPA) where they identified their most vulnerable regions and sectors and prioritised some “urgent and immediate” adaptation actions. Some of the priority adaptation actions have already been implemented over the last few years. Since then many more non-LDC developing countries, as well as some developed countries, have also undertaken similar national adaptation plans.

More recently, the UNFCCC process has agreed that all counties should develop National Adaptation Plans (NAPs), which go well beyond the “urgent and immediate” projects of the NAPAs. 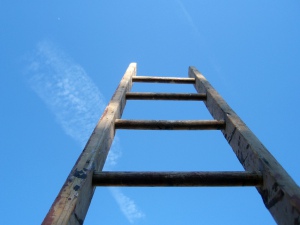 Progress in Asia and Africa:

The two regional conferences in Asia and Africa, both being the fourth in a series over the last half a decade, were a good point in time to reflect on what had been learned so far and what needs to be done next.

Firstly, countries are at very different levels in their climb up the knowledge ladder with Asia (by and large) ahead of Africa, although the likes of Kenya, Ethiopia, Rwanda and a few others in Africa are also quite advanced.

Secondly, the key transition point that makes a critical difference is when a country moves from planning to implementation or actions. This marks a phase shift from trying to understand the problem better to finding and implementing a solution to the problem.

It also marks a transition from learning from others to learning-by-doing at home. Every country needs to make this phase transition from planning to action and it is clear that many counties in both Asia as well as Africa are doing so. A good example of such a transition from understanding to doing is Bangladesh where the government has already spent several hundred million US Dollars of its own money on implementing their climate change action plan.

Third, as countries climb up the knowledge ladder they acquire knowledge and experience in tackling problems and each country finds some specific area where it begins to develop expertise and can then share that expertise with others. This does not mean that they have reached the top of the knowledge ladder, but rather that they are one or two rungs further up the ladder and hence can share experience with those that are a few rungs below them. The need for sharing knowledge is not about how to jump to the top of the ladder but how to get from one rung to the next and the most valuable advice can come from another country that has already taken that step.

A good example is Nepal where they have pioneered Local Adaptation Plans of Actions (LAPAs) which are now being implemented around the country.

Fourth, the greatest challenge, as well as opportunity, for the countries in Asia and Africa is to devise effective ways of learning from each other - both within each continent as well as across the two continents. This will need a greatly expanded South-South knowledge exchange mechanism that allows experts, planners, policy makers and implementers from one country to visit other countries and share their knowledge with each other. While regional conferences every few years are a good way to share knowledge much more is needed on a more regular and granular basis.